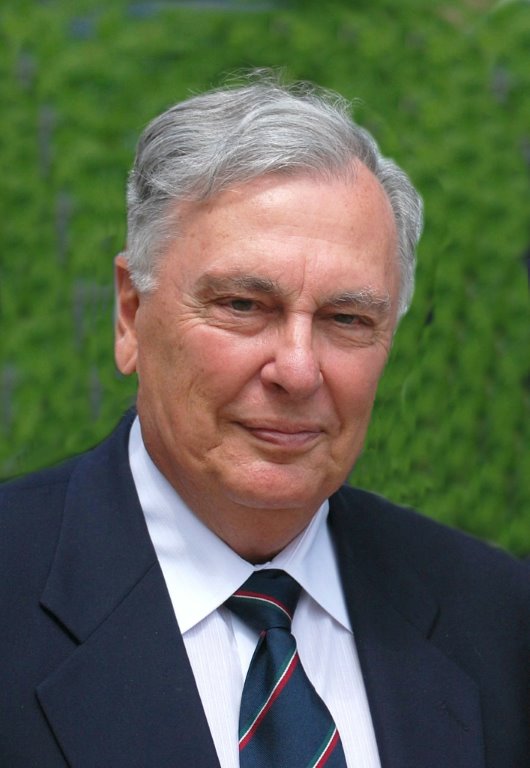 
Nicholas Rety is a retired urologist and a former president of the College of Physicians and Surgeons of BC. His book "No return ticket - a memoir"; is a recollection of "merely footprints, sundry events recalled through the mist of decades";.

Nicholas Rety was born in Budapest in 1930, the only child of a family of modest means. He was 14 when the battle for Budapest started. The siege of the city lasted 59 days. "The shelling was so bad that...we could no longer bath or even wash...I still remember how it bothered me to hear my mother use the bucket during a lull in the shooting...my mother ran a hot iron through my clothes to kill the lice...Hunger now became the dominant factor of the day...I began to feel progressively weaker...My mother...saw my gums bleeding...I had scurvy";. When the fighting was over ";we were left with what we were wearing...we paid our dues for survival";.

Two years later, in 1947, Rety was selected by his school for a scholarship to a Benedictine-run school in Somerset, England. "Although I was expected to return at the end of the school year, something inside me said I was leaving for good";. "I do not wish to revisit the parting for, in all these years, thoughts of it still give me pain."; After graduation he remained in London to attend night school to pass the "First MB"; (undergraduate course toward a medical degree).

Several anecdotes in various chapters of the book describe his single life in London where, while studying, he supported himself by working in an advertising agency in Fleet Street, a chemical factory in Richmond and as a delivery truck driver for Mayfair wine merchants. He studied Medicine in the East End of London. Working under supervision the students conducted deliveries. "Stella, the Irish nurse called me over...The as yet unborn had a condition called anencephaly"; and will be born dead. Stella had instructions from the consultant...to have the baby, cord and placenta, preserved for the Museum of the Royal College of Obstetricians and Gynaecologists";. The remains are still in a transparent jar on a shelf in the Museum of the Royal College.

Rety graduated as a physician from the London Hospital in 1958. In 1960 he immigrated to Canada to join Lord Strathcona's Horse, a tank regiment, in Calgary, as regimental medical officer. He recalls the stories of Dr. Bernie Stutter who was Surgeon Lieutenant on Royal Navy ships escorting convoys in arctic waters. On one occasion the King was piped aboard. The Captain introduced the surgeon, and the King, said: "P-p-p-leased to m-meet you, Stutter...";.

In 1963 Rety left the army and started his surgical training at the University of Alberta. He became a specialist in Urology - and practiced his specialty in Vernon, B.C. In 1977 he returned to Hungary. It was an emotional affair. "The feast they prepared for me was beyond their means."; "Looking at them now, frail, with white hair, I became aware of the passage of time... which never will be recaptured";.

In 1986, at age 56, Rety learned to fly. "I fly for aesthetic reasons. I revel in the sight of hills, valleys, fields and mountains....I often sing aloud for the sights I see fill me with joy."; Further anecdotal chapters include thoughts while visiting Auschwitz and Birkenau. "This was the most meaningful pilgrimage of my life";. Another chapter on Hong Kong: "when will I return?";

Yet another anecdote: he makes an emotional pilgrimage to visit the Chilean Navy training ship Esmeralda that was visiting in Vancouver. His old school friend, Michael Woodward (who later became a parish priest in Chile) "met his end under torture aboard that vessel at the time of the Pinochet coup in 1973."; "An immense sadness came over me";...";Suddenly I felt closure...";.

In 1999 Rety retired. He visited Indonesia a number of times. Anecdotes in several chapters describe how he came to regard Bali as his second home. He learned to speak Indonesian at age 72 and contributed several articles to The Bali Times.

Rety concludes his memoirs: "I had a rich and varied life, because I created and met challenges for myself. Now that I am in my eighties, I have much to remember, much to put on paper. It is like living it all again.";