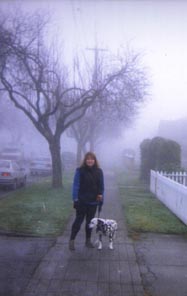 
Faith Richardson previously published under her maiden name, Fay S. Lapka. A self-described non-recovering 'bookaholic', she was influenced by early favourites such as the Enid Blyten 'Adventure' Series, Trixie Beldon and Cherry Ames, the Nesbit stories, and, later, Madeleine L'Engle's and L. M. Montgomery's novels. As a young author, she was mentored by Madeleine L'Engle (author of Newberry Award winner, A Wrinkle in Time) and to assist her in Writer's Workshops at Regent College, Vancouver School of Theology, and Oxford College. Richardson is a Registered Nurse and Family Nurse Practitioner. Her books grow out of a tradition of healing arts: story and medicine. Originally from Vancouver, she moved to California with her husband, artist Vincent James Richardson.

EMPLOYMENT OTHER THAN WRITING: RN/Nurse Practitioner