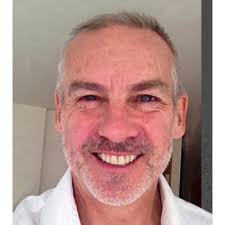 
Scot Ritchie of Vancouver has illustrated more than forty children books including See Saw Saskatchewan (Kidscan 2005) by Robert Heidbreder. He is also the author of Up, Up and Away: A Round-the-world Puzzle Adventure (Maple Tree Press, 2006); Let's Go! by Lizann Flatt, (Maple Tree Press 2007), Look Where We Live! A First Book of Community Living (Kids Can 2015) and My House is Alive! The Weird and Wonderful Sounds Your House Makes (Owl 2016). In 2019, he wrote and illustrated Owen at the Park (Groundwood $17.95) h.c.

Ritchie has more than 50 books to his credit and has been translated into French, Korean, Indonesian, Polish, Finnish, Arabic and Dutch. He also works with the National Film Board of Canada and his illustrations have been exhibited at the National Art Gallery of Canada. He lives in Vancouver.

Scot Ritchie’s picture book Lilliana and the Frogs is about a young nature lover who decides to capture frogs and keep them in her bedroom.

Lilliana’s bedroom is already full of frog posters and frog toys. One night, while lying in bed listening to chorus frogs singing outside, Lilliana decides to bring some of these sweet-sounding creatures to live with her.

After an adventure collecting the frogs from a local pond the next day, she takes them back to her bedroom where she has made a cage for them. Then she goes to the kitchen seeking food for her new friends. But when she gets back, the frogs have disappeared; they have escaped to other parts of the house.

Luckily, Lilliana and her parents find a way to get the frogs out the door and back into nature.

The story is based on Ritchie’s memories of exploring Camosun Bog in Vancouver’s Pacific Spirit Park as a boy. Ritchie admits that he, too had brought wild chorus frogs from the woods to his parent’s house: “I made a home for them under my backyard stairs but they escaped through the chicken wire.” Ritchie’s hope is that his book inspires readers to explore nature but leave it outside. 9781550179347