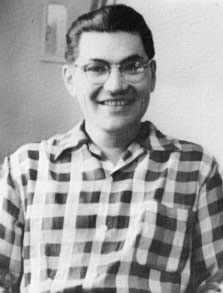 
In Haisla, "Kitamaat"; means People of the Snow and also refers to the village located across the bay from the newer city of Kitimat. Born in the village of Kitamaat on October 1, 1918, Gordon Robinson published a collection of traditional Haisla stories, Tales of Kitamaat (1956). Prior to their collective publication, illustrated by Vincent Haddelsey and introduced by Stanley Rough, Robinson's articles and stories about his people had appeared in the Kitimat Northern Sentinel.

"He wrote down stories he didn't want people to forget,"; his niece Eden Robinson told Quill & Quire in 2000, "but he got some flack for it. He was told, 'You're not supposed to write them down.' All our stories are oral. Other than that book, you're not going to find any books about the Haisla.";

Some of the local monsters that are referenced in Eden Robinson's first novel were named by her uncle in 1956 as Sahnis the water grizzly and the Jesee Lake monster, as well as a gigantic octopus, "as large as a steamboat,"; called the monster of Sue Passage. In addition to legends and folklore, Gordon Robinson explains the importance of oolachan oil for trading and potlatch purposes, he describes a meeting between Captain George Vancouver and Katsilanoo the clown, and he recalls the importance of lay Aboriginal minister Charles Amos who converted to Christianity in 1876. As well, he translates numerous Haisla sayings such as, "Mimic a lame, blind, palsied or otherwise unfortunate person and you will in time acquire the affliction yourself.";

Gordon Robinson attended the Coqualeetza Residential School in Sardis and gained his teaching diploma from the Provincial Normal School in Vancouver. He taught in Kitamaat for five years and served as chief councilor at his village from 1950 to 1954. In 1949 he became Assistant Superintendent of the Kwakiutl Indian Agency at Alert Bay but he returned to Kitamaat in 1950 to work for the Aluminum Company of Canada (Alcan) in its personnel department.