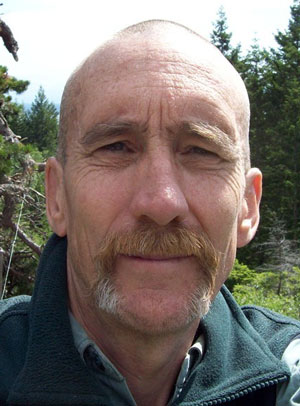 
Gregory Ross of Heriot Bay is a self-publisher with many titles.

Born in Toronto, Ontario, 1951, Greg Ross spent 25 years in New Zealand; returned permanently to Canada in 1986. He has a BA in Geography from Canterbury University, New Zealand, 1976, with secondary in English, including English literature studies. He studied nonfiction personal essay writing at Ryerson University, Toronto, in 1997 under ex-Globe and Mail journalist and author Oakland Ross. He studied poetry, 1997, under Toronto poet Eric Layman (late). He has taught and tutored writing professionally from time to time in Alberta and British Columbia since 1991. Ross is a founding member of the Quadra Island Arts Alliance Society (2000). He won the 2008 Spirit of British Columbia Writing Competition, as sponsored by The Campbell River Mirror newspaper, and The Campbell River Arts Council, and Coho Bookstore, and The Campbell River Literacy Society. He has published in Canada since 1991 [ISBN block: 978- 0-9680731-]

(12) Essays From an Island ~ Volume
Two; nonfiction essays with a few poems,

Essays From an Island ~ Volume One
and Volume Two are now only available as one book.

The following titles by Gregory Ross are now available as e-books colourfully illustrated with the author's photographs: Rainforest Drift, Essays From an Island (volumes I & II), Quadra Island Poetry, and Words From an Island anthology.

The following titles by Ross are available only as e-books and only from Amazon.com:

This book is memoir, poetry, travel, and general prose by a writer who loves to climb high and hike in remote alpine then write about it and his thoughts.

This book is this Canadian-born author's accounts of his seven trips back to New Zealand to visit family and to hike the alpine.

This book is the author's poetry and personal essays, mostly relating to New Zealand alpine and Canadian outdoors.

(4) A Reasonable Writer ~ A Writer's Ebb and Flow

This book is prose written for writers and readers who need to find direction in their lives and especially in their writing.

This book is the author's memoir of his 24.5 years of alpine adventures, mainly during hunting as a job, in New Zealand's mountains.

This memoir relates the author's outdoors experiences as a child in Canada, then later after his return from many years in New Zealand, his experiences in his native Canadian outdoors especially the Rockies. For social activity and to see new places he has hitch-hiked much across Canada and throughout the USA from Alaska to Mexico.