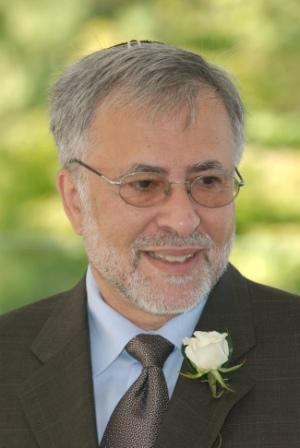 
Howard Rotberg, a child of an Auschwitz survivor, has not been one to avoid confrontations and controversy.

He was a lawyer for over 20 years before he returned his diplomas to the University of Toronto in protest for allowing "Israel Apartheid Week" to take place on their campuses, an event that he deemed was an anti-Israel hate-fest. In 2008 he pursued a Small Claims Court case against the Chapters book chain and one of Chapters' employees, an Islamist Canadian, alleging racism pertaining to an in-store reading event. To avoid further controversy, Chapters allegedly removed his books from their stores (as 2020, Rotberg's books could be bought via Chapters on-line). Rotberg also anonymously authored a website at BoycottDaimlerChrysler.com to expose Daimler's wartime use of slave-labour and Chrysler's subsequent failure to divulge this fact in its prospectus documents arising from a corporate merger. As a self-publisher of his own four books with his Mantua Books imprint, as well as a publisher of other authors who he claims are "inherently shunned by mainstream publishers when their works don't agree with their left-liberal, politically correct, 'everyone is equal' philosophy," he has simultaneously involved himself in social improvement projects that include development of affordable rental housing for low income working people as president of Rotberg Develop Group and Southern Ontario Affordable Housing Inc. As the author of Second Generation Radical, Rotberg believes Jews must be vigilant to ensure there is never another Holocaust and therefore they must be wary of Islamist terrorists or the possibility of an Iranian nuclear bomb. Described as a conservative imprint, his Mantua Books "goes beyond political correctness and moral relativism to enlighten our readers on the great ideological issues of our times."

Self-described as the son of a survivor of Auschwitz "whose parents' and sister's mere Jewishness proved their crimes against the Third Reich and justified their death in the gas chambers," Howard Rotberg was born in 1951 in Brantford Ontario and educated at the University of Toronto where he received degrees in both History and Law. He came to live in B.C. in 2005. His writing has appeared in the Vancouver Sun, Georgia Straight, the Record and Jewish Tribune. His biography on his website in 2008 stated: "Mr. Rotberg practised corporate and real estate law for 20 years in Kitchener Ontario. While living in Kitchener he served as President of Beth Jacob Synagogue. He also began a writing career working in a variety of magazines, such as Cross Cultures and Exchange Magazine. He also became a frequent contributor to the Insight page of the Kitchener Record newspaper, writing historical background pieces to current issues relating to Israel, the Jewish community and war crimes issues. He developed a special interest in the issue of compensation for Nazi era slave labour and authored and maintained an internet site devoted to the slave labour issue. This site was discontinued after the American and German governments effected a compensation programme in 2002. Mr. Rotberg developed an interest in urban planning and downtown revitalization, both from the practical and academic viewpoints. He served as vice-Chair of Kitchener's Downtown Advisory Committee and on other committees at City Hall. He began to develop infill residential projects, on both brownfield and clean sites, including townhouses and apartment buildings. Specifically he became interested in the issue of housing affordability and was a pioneer in government assisted programs to provide affordable housing. At the same time, he became a frequent contributor to newspapers on the issues of urban sprawl, downtown issues, brownfield remediation, and affordable housing, and has appeared at conferences in this area. Also as part of one of his real estate developments he donated some parkland to the City of Kitchener, which agreed to name it Wallenberg Park after the Holocaust hero, Raoul Wallenberg. Not surprisingly, Mr. Rotberg's other interests began to eclipse his law practice and in 1997 he sold his practice to concentrate on writing and land development. He says that he is the only land developer-author that he knows. With the writing of The Second Catastrophe, Mr. Rotberg has returned to his first love--the writing of History, and also the genre of historical fiction."

Second Generation Radical: The Struggle Against the Second Holocaust


Rotberg is the author of the controversial novel, The Second Catastrophe: A Novel about a Book and its Author and the critique of Vancouver's political culture and absence of policies to promote social justice and affordable housing, entitled Exploring Vancouverism: The Political Culture of Canada's Lotus Land.

Rotberg is a values based cultural critic analyzing policy from the point of view of ideologies and foundational values. This makes him quite unique in the Vancouver writing community.

Mr. Rotberg is the author whose prescient first book, a novel, The Second Catastrophe: A Novel about a Book and its Author attracted Islamist anger, and an 18 year old Palestinian book clerk at Chapters (Canada's monopoly book chain) successfully got it banned by Chapters (which had been carrying 7 copies per store) by fabricating a lie - that Rotberg at a bookstore lecture had said something to the effect that "all Muslims are terrorists" which position she later changed, when requested to put it in writing, to a claim that he said "all Middle Easterners are terrorists" both of which were denied by Rotberg and in affidavits by professors who attended. Rotberg has persevered and his new book on the ideology plaguing the west is a "must read".

Rotberg's new book argues that a tradition of tolerance has morphed into an undue deference and leniency for those illiberals who would take away our freedoms, combined with a self-hatred of the liberal democratic tradition in the west, which he calls the ideology of "Tolerism". He argues that Justice must often trump tolerance, and that we must discuss what are the limits of tolerance.