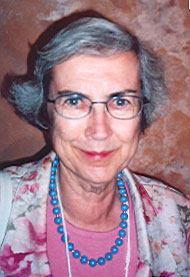 
Patricia E. Roy, a native of British Columbia, is professor emeritus of History at the University of Victoria where she taught Canadian history for many years. Her own research has been mainly In the field of British Columbia history and she is best known for her trilogy of books on the responses to Chinese and Japanese immigrants: A White Man's Province (1989); The Oriental Question (2003), and The Triumph of Citizenship (2007). All were published by UBC Press. She continues to publish articles in that field. Her most recent book is Boundless Optimism: Richard McBride's British Columbia (2012), also published by UBC Press.

Patricia Roy has also the leading academic authority on anti-Asian policies in British Columbia. Born in New Westminster in 1939, she received a B.A. (1960) and Ph.D. (1970) from UBC and an M.A. (1963) from the University of Toronto. Her M.A. thesis was "Railways, Politicians and the Development of Vancouver as a Metropolitan Centre, 1886-1929". She began teaching history at the University of Victoria in 1966.

Her writing career has chiefly examined how and why British Columbians changed their originally tolerant attitudes towards Asian immigrants and workers during colonial times, opting for outright racist practices and rhetoric to preserve 'a white man's province'. In Mutual Hostages and The Triumph of Citizenship she examines how the fear of physical attacks on the Japanese in Canada might have given the Japanese military an excuse to take reprisals against Canadian and British prisoners of war and, that this concern, rather than doubts about the loyalty of Japanese Canadians, explains the removal of the Japanese from the coast. She quotes Prime Minister Mackenzie King's diary entry on February 19, 1942: "It is going to be a very great problem to move the Japanese and particularly to deal with the ones who are naturalized Canadians or Canadian-born. There is every possibility of riots. Once that occurs, there will be repercussions in the Far East against our own prisoners. Public prejudice is so strong in B.C. that it is going to be difficult to control the situation." A follow-up study, The Triumph of Citizenship: The Japanese and Chinese in Canada, 1941-67, was nominated for the Hubert Evans Non-Fiction Prize in 2008.

Roy is also the co-author of British Columbia: The Illustrated History of Canada (Oxford, 2005), volume five in the series, containing approximately 150 paintings, drawings and maps. "Virtually the pictures were created by men, and virtually all those men were of European background, especially British," they write.

Premier of B.C. from 1903 to 1915, Richard McBride was a devout Imperialist but a dedicated British Columbian, as outlined by Patricia Roy in her political biography Boundless Optimism: Richard McBride's British Columbia (UBC Press $95). While quarreling with Ottawa, he spurred economic growth and the expansion of railways.

The Chinese in Canada (Canadian Historical Association, 1985) with Jin-Yan Tan.

Some 130 years ago, the province’s foremost museum in Victoria was given a dual mandate.

First, it was “to secure and preserve specimens relating to the natural history of the Province…and to obtain information…increase and diffuse knowledge regarding the same.”

Second, it was “to collect anthropological material relating to the aboriginal races of the Province.”

Patricia Roy sets out to write the history of both those initiatives in The Collectors: A History of the Royal British Columbia Museum and Archives.
Her clear and carefully-researched narrative follows three main streams—natural history, Indigenous peoples and archives—from the founding of the Provincial Museum (1886) and Provincial Archives (1908) to the 2003 merger of the two into the Royal British Columbia Museum and Archives.
Natural history received the most attention and funding from the outset, in step with the subsequent branding of the province on license plates as “supernatural British Columbia.”

The second stream was a harder sell. Well into the 20th century, the museum was stuck in its original salvage mode, collecting “curios,” artifacts, and even human remains of what were widely seen as B.C.’s “vanishing Indians.”

The work of anthropologist Wilson Duff and Kwakwaka’wakw totem-pole carver Mungo Martin for the museum were among the first to treat Indigenous cultures as living, breathing entities.

The third stream—the Provincial Archives—suffered through budget cuts and indifferent archivists until more professional footing was afforded in the 1940s.

Heretofore, the work of Alma Russell, Muriel Cree, and Madge Wolfenden to stamp some sense and order on the collections has gone largely unheralded. Roy has located photos that bring these remarkable women to public notice.
Of course, some mistakes were made along the way. In what must go down as one of the worst decisions in the institution’s history, officials turned down an offer made by Emily Carr to house her collection of 200 paintings of totem poles and villages in a newly proposed provincial art gallery.

(Six decades later, when a newly elected Social Credit government wanted to sell the province to the world, it proposed a European tour of work by B.C.’s most famous artist. They were told neither the museum nor archives had enough Carr paintings to mount such an exhibit.)

During much of the institution’s history, Indigenous peoples were seen as a dying, or at least diminishing, race, and their cultures treated as static and pre-modern.

It is not enough to say, as Roy does, that museum personnel were simply expressing the attitudes of the times, nor to categorize their approach as “paternalistic.”

We need to know how, over its long history, the museum’s efforts contributed to the wider view that the immigrant peoples who took over the province were somehow superior to the Indigenous peoples they dispossessed.

This viewpoint was not so much paternalistic as colonialistic.

In the later chapters of The Collectors, Roy does an admirable job of describing how the museum’s stance towards Indigenous peoples evolved from its early days as collector, through the breakthroughs of Duff and Martin, to the most recent efforts that build on the active participation and initiative of Indigenous peoples.

Roy’s discussion helps us navigate current issues— such as the repatriation of artifacts to their rightful owners—and consider the way forward.

The joining of natural history and Indigenous peoples in one public body was a product of the late Victorian era, which viewed Indigenous peoples as part of the natural world— static and passive, either the backdrop to the real history of colonial “settlers,” or as specimens to be studied.

Roy paraphrases the criticism of Gloria Frank, a member of the Nuu-chah-nulth Nation and then a graduate student, who in a 2000 BC Studies article, “That’s My Dinner on Display,” expressed resentment at “seeing her people displayed as anthropological specimens.”

The way forward may be to create two provincial museums: a B.C. Museum of Natural History on one hand, and a Museum of Human History of British Columbia on the other.

The archives, which lost much of its autonomy when the government merged it with the museum in 2003, could be attached to the latter and regain some of its autonomy.

“The museum is now working on a storyline that will present a single inclusive narrative of the history of Indigenous peoples in B.C. and of later arrivals,” Roy writes.


Unlike beauty, history is not in the eye of the beholder. It's in the eye of the editor. Patricia E. Roy and John Herd Thompson take pains to make that clear in their new illustrated history, British Columbia: Land of Promises (Oxford University Press, 2005).

There's no Pauline Johnson, no explosion of Ripple Rock, no collapse of the Second Narrows Bridge. Instead they err on the side of sobriety, providing documentary-style images and cartoons that illustrate ideas and attitudes. It's downright educational. They're trying to make an original book, not merely a rehash of familiar photos, and that entails some critical-mindedness along the way.

The authors note that Terry Reksten's illustrated history of B.C., James H. Gray's history of the prairies, and Craig Herron's Booze: A History of Canada have all used the same photo of two women and several men outside Edd and Joe's saloon in Donald, B.C. This Glenbow Museum photo, according to Reksten, shows two 'fallen angels' from a bygone community (located north of Golden) that was a "gambling, drinking, fighting little mountain town."

Next in the museum's catalogue, there's a very different image of beautiful, downtown Donald--its police station. Rarely if ever published before, this second photo must have been taken on the same day as the first, likely by the same photographer, because the same man appears in both photos, but who wants to learn that law 'n' order was always just around the corner in our pioneer towns? As a result the exterior saloon image--showing two women who could have been the saloonkeeper's wife and sister--has been used three times to influence the public's imagination of the past.

Roy and Herd Thompson abhor this tendency to choose entertainment over content, to pander. They say historians who opt for aesthetics in their selection of photos are making "the equivalent of choosing to cite a written document simply because it was written with elegant penmanship on fine vellum!"

Roy and Herd Thompson are opting for higher ground. There are no photos of sports heroes, not even Percy Williams, or Miracle Miler Roger Bannister or Terry Fox. They concentrate on what social historians call 'high politics', seemingly taking some pleasure in finding fault with others in the process. Their refusal to titillate, combined with a predilection to debunk, is a welcome antidote to the slackness evident in more commercial undertakings, notably Charlotte Gray's recent The Museum Called Canada: 25 Rooms of Wonder (Random House, 2004), a bogus mega-book riddled with idiosyncratic fluff.

Whereas Gray has managed to credit The Guess Who's hit song "American Woman" to Bachman-Turner Overdrive, and claim the Spanish discoverer of British Columbia was Juan Joseph Perez Hernandez--when it was Juan Pérez, a different chap--Roy and Herd Thompson are sticklers for analysing iconic imagery and providing lengthy captions.

This is not British Columbia for Dummies. In their caption for an oft-used 1784 engraving of Captain James Cook by J.K. Sherwin, based on the 1776 portrait by Nathaniel Dance, Roy and Herd Thompson cannot resist adding, "The portrait is ubiquitous in histories of British Columbia, although the artist is almost never identified."

God is in the details. In their church, there are no cushions on the pews. They understand much of history is artifice, and they refuse to deploy trickery. In their introduction they quote Lewis Hine who said, "Photographs may not lie, but liars may photograph." The truth ain't pretty, and it mustn't be gussied up. But, like the turtle that is slow and steady, it can sometimes prevail in the long run. 0-19-541048-3