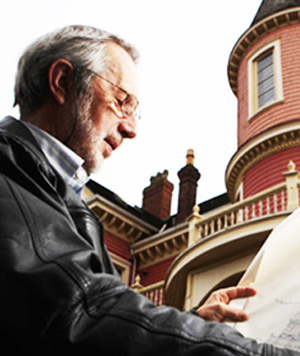 
A former journalist who taught at the School of Journalism at the University of Regina, Nick Russell moved to Victoria and re-published Morals and the Media, Second Edition (UBC Press, 2005 $39.95), an updated examination of ethics that includes discussion of media convergence, on-line journalism, media ownership and the new phenomenon of the "web log".

Russell has self-published Glorious Victorians: 150 Years/150 Houses - Celebrating Residential Architecture in BC's Capital (Friesen's / Sandhill / Old Goat Publishing $34.95 2011) to reflect changing architectural fashions that tell a story about the prosperity of British Columbia's capital city. What is Queen Anne style? Did a premier live here? Who were the great architects? What important buildings have been lost over the years? And what will tomorrow's heritage buildings look like? 9780987788900

Review of the author's work by BC Studies:
Victoria Underfoot: Excavating a City's Secrets