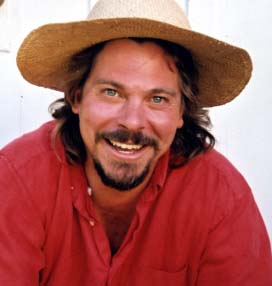 Hydrurga Rocks are a collection of rocks just off Two Hummock Island named after Hydrurga leptonyx, which is the Latin name for the Leopard seal. This tiny island is home to a chinstrap penguin colony and has a sheltered bay big enough for a Zodiac to land easily. Jay Ruzesky went ashore there in 2011 to walk with penguins and to have a look at Two Hummock Island which is where his ancestor Roald Amundsen climbed in 1897 so that he could test his skis on Antarctic snow. "It was a foggy day," Ruzesky recalls, "but, rather miraculously, the fog lifted while I was on Hydrurga Rocks to permit me a fabulous view, and then it settled back in again as I was leaving."

As a descendant of the polar explorer Roald Amundsen on his mother's side, Jay Ruzesky visited Antarctica on the centenary of Amundsen's arrival at the South Pole to write a "mongrel"; book of both memoir and fiction, Antarctica: An Amundsen Pilgrimage (Nightwood $24.95). Amundsen reached the South Pole on December 14, 1911; Ruzesky reached Antarctica on a 71-metre ice-strengthened research vessel, Polar Pioneer, in December of 2011.

"The Polar regions are terrifying, deserted, and unknown,"; he says, "and the stories others have brought back are tales of struggle and failure. At the end of the earth, I escaped my own petty jealousies, envy, guilt, covetousness, and bad temper. In the face of the world at its most majestic I was opened more widely to experience and understood the gift life is to me. What I found in Antarctica was wonder revealed, and I came back a little raw, a little vulnerable, somewhat weary, and a little forever changed."

Jay Ruzesky was raised in Saskatoon, Winnipeg, Thunder Bay, Calgary, and Kelowna. He studied at Okanagan College, the University of Victoria, the University of Windsor and at the Banff Centre for the Arts. His poems and stories have appeared in journals such as Caliban, PRISM International, Canadian Literature, Event, Saturday Night, Descant, Border Crossings, and Poetry Northwest. He has long been on the editorial board of the Malahat Review and is the co-founder of Outlaw Editions. Since 1990 he has taught at Malaspina University-College (Vancouver Island University). Essays, interviews and art criticism have appeared in Brick, Poetry Canada Review, and selected gallery publications. He lives on Vancouver Island

Ruzesky's first novel The Wolsenburg Clock (Thistledown $18.95) is an ambitious work that explores the private lives of individuals over the centuries who have built and refurbished a remarkable, 625-year-old astronomical clock, that also charts celestial motions, in a small Austrian city, near Italy, through its three incarnations. The narrator is the 20th century custodian of the clock that was first built by Wildrik Kiening for a cathedral in Wolsenburg at the cusp of the fourteen century. "Perhaps," he writes, "what humans need more than anything is not atomic clocks that help us keep more and more precise track of time, but less complicated lives so the measurements would again matter less."