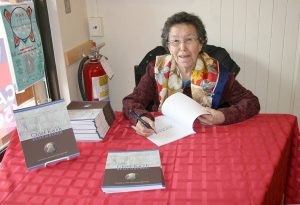 
With the Nak'azdli Elders Society, Lillian Sam first recorded the oral history of the Nak'azdli society in northern British Columbia. Formerly known as the Necoslie, the Nak'azdli are members of the Dakelh (Carrier) people and are located near Fort St. James. Then she co-authored Chief Kw'eh Remembered with Frieda Klippenstein. SEE REVIEW

Nak'azdli elder Lillian Sam has collaborated with Parks Canada historian Frieda Klippenstein to shed light on his life and times. Their book, Chief Kw'eh Remembered, can easily be missed by scholars with no connection to the Dakelhne.

Chief of Nak'azdli, near Fort St. James, during the fur trade era, Kw'eh (previously Kwah) is known for his fracas with Hudson's Bay Company clerk James Douglas in 1828-29.

Born about 1755 Died Spring of 1840. He once had in his hands the life of (future Sir) James Douglas but was great enough to refrain from taking it."; 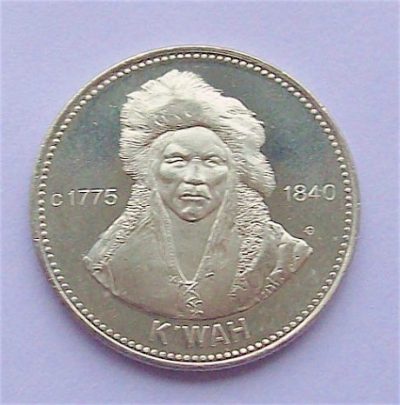 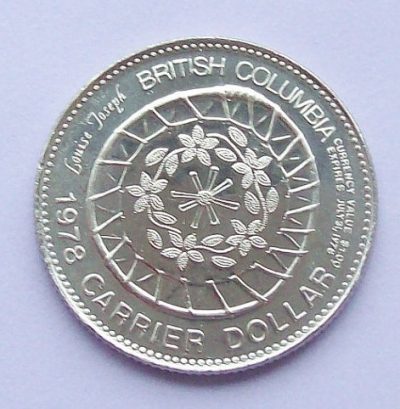 Among the Indigenous people of the Northern Interior of British Columbia Chief Kw'eh, or more accurately Chief 'Ulh'gweh, is well remembered (p. 4). Not only was he a Dakelh noble of note, but he is an ancestor to many people from the north, most notably the Quaw and Prince families.

Indeed, it is said the surname Prince was used by Roman Catholic Oblate missionaries who considered him the king of Dakelhne. It is well known that he once spared the life of Hudson's Bay Company clerk (and future colonial governor) James Douglas, an event that led to Douglas being transferred to the coast in 1830.

Yet it was not until 2012 that Chief Kw'eh was recognized by Parks Canada as a person of historical significance. It is hard to argue that this delay was not due to colonialism, especially when the Parks Canada website notes that "unlike many of Canada's significant historic figures, Chief Kw'eh's record is not lying within a library or archives. The details and interpretations... dwell largely in the realm of oral tradition"; (Parks Canada 2017). And while some Indigenous scholars might argue that recognition by the colonial state is highly problematic, the fact that the application was community-driven challenges such an assessment.

Sadly, Chief Kw'eh Remembered is one of only a handful of books concerning the life of Chief Kw'eh (Hall 1992; Morice 1978; Rossetti 1983). Like many of these works it is a house publication, being published by the Nak'adli Nation itself. As a result, unlike other recently released community-driven books published by academic presses, including Where Happiness Dwells (Ridington & Ridington 2013) and Secwépemc People, Land, and Laws (Ignace & Ignace 2017), Chief Kw'eh Remembered can easily be missed by scholars with no connection to the Dakelhne. While this might sound minor, it reinforces the artificial divide between academic and traditional knowledge, which privileges that former and in doing so hinders the decolonization process in Canada.

It is perhaps because this book was produced outside of the confines the traditional university press that it eschews a flowing narrative and instead consists of a collection of individual historical accounts grouped into three sections detailing Kw'eh's rise to prominence, interactions with Europeans, and legacy. These sections are further divided into eight subsections detailing his name, rise to power, consolidation of power, contact with Europeans, conflict with fur traders, family, symbols, and recognition by the Canadian state. 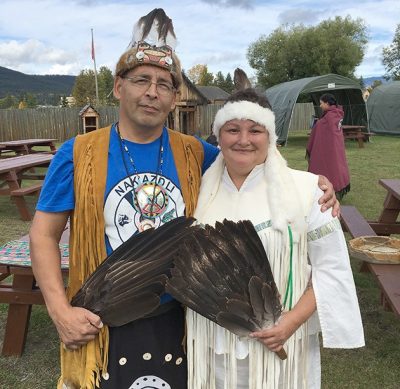 While some readers might find this format jarring, it is reminiscent of Dakelh historian Lizette Hall's book The Carrier, My People (1992), and is similar to how one would learn about Chief Kw'eh from community members. Furthermore, if the purpose of a book is to educate and spark interest in the audience then this approach succeeds on both accounts. For example, despite already knowing about Chief Kw'eh, I learned new things about him and found myself wanting to know more when I had read the book.

Beyond these outcomes, the book's structure also privileges the sources it is based on. This show of respect is important because of the 22 citations found in the book, fifteen are either interviews with community members or publications written by community members. The remaining seven references are either first-hand accounts (Harmon 2006) or based on oral histories, even if only indirectly (Bishop 1980; Bishop 2000; Johnston 1943; Keddie 2002; Morice 1978; Munro 1945).

Unfortunately, this reliance on community-based interviews, scholarship, and oral history is not readily apparent because rather than having a bibliography, the book has an appendix titled "Participants and Sources,"; containing 37 distinct items. Among these are twenty works labelled "Related Reading"; (pp. 41-48). Despite the name, ten of these sources are cited, and for this reason it might have preferable to divide the appendix between what was actually used in the book and what might be beneficial as further reading. This complaint, however, is fairly minor and reflects my own desire for a bibliography rather than an appendix. 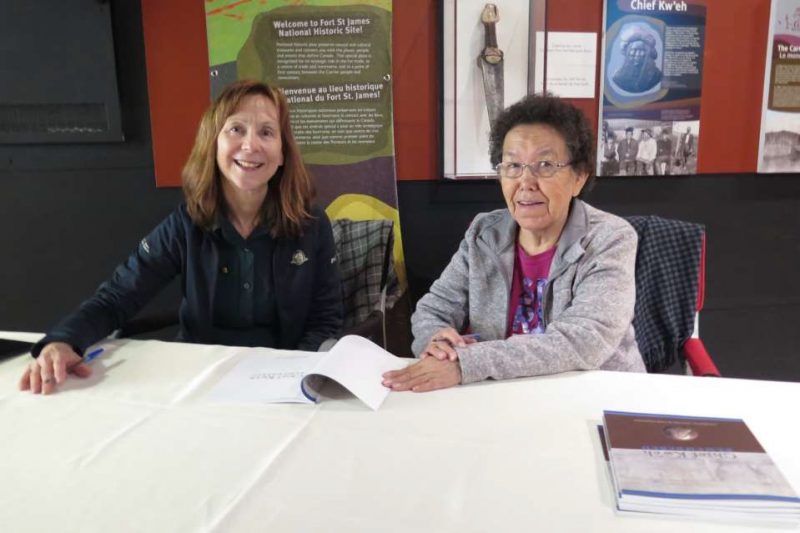 Overall I would highly recommend Chief Kw'eh Remembered to anyone interested in the history of northern British Columbia. At the risk of supporting "great man history,"; I would argue that in learning about Chief Kw'eh, one also learns about Dakelh history in general. And while scholars might find it short, its heavy reliance on unedited primary sources that are not conveniently available more than compensates for its brevity. The book is also wonderfully designed, with excellent colour photographs and clear formatting, which make it accessible to the general public and readers of all ages.

At this point in a book review I would usually encourage an interested reader to pick up a copy today. Unfortunately, since the book is published by the Nak'adli Nation its distribution is limited. You cannot find it on Amazon or in Chapters, and even WorldCat only lists a single copy at the University of Victoria. Therefore your best bet to get a copy therefore is to directly contact the Nak'adli Nation or to borrow a copy from the Fort St. James Public Library.

A member of the Tsay Keh Dene First Nation, Dr. Daniel Sims is currently employed at the University of Alberta's Augustana Campus as an Assistant Professor in History and Indigenous Studies. His research primarily focuses on Native-newcomer relations in western Canada, with a particular emphasis on the law, environment, and economy. Currently he is working on two research projects. The first consists of turning his dissertation on the impacts of the W.A.C. Bennett Dam on the Tsek'ehne into a book, while the second examines the numerous failed developments in the Finlay-Parsnip watershed of northern B.C. during the early twentieth-century. He is also working an English translation of Einar Odd Mortensen's book, Pelshandleren:Mitt liv blant Nord-Canadas indianere 1925-28, with Dr. Ingrid Urberg.