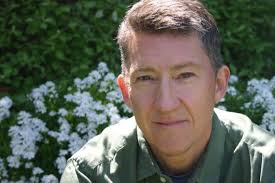 
The first detective assigned to Vancouver's Missing and Murdered Women Investigation in 1998, Lori Shenher, was a former newspaper reporter with an English Lit degree. Now she has written a tell-all memoir about the Picton debacle in which she lets us know the police were tipped off about Pickton three years before he was finally arrested. Picton was interviewed by police in 2002. Shenher's experiences with VPD resulted in PTSD and her own deep distrust of the police and the criminal justice system. Her book alleges rampant sexism, racism and the mishandling of the largest serial killer investigation in Canadian history. The title is That Lonely Section of Hell: The Botched Investigation of a Serial Killer Who Almost Got Away (Greystone $32.95). The book was shortlisted for a Hubert Evans non-fiction prize.

Shenher went through gender reassignment and a name change (from Lori to Lorimer) in his fifties and wrote a book about it: This One Looks Like a Boy: My Gender Journey to Life as a Man. In this memoir, Shenher shares this story, from childhood gender dysphoria to teenage sexual experimentation to early-adult denial and finally acceptance that he is trans.

Review of the author's work by BC Studies:
That Lonely Section of Hell: The Botched Investigation of a Serial Killer Who Almost Got Away

Articles: 1 Article for this author
That Lonely Section of Hell: The Botched Investigation of a Serial Killer Who Almost Got Away (Greystone Books $
Review (2015)


Those tasked with investigating serial killers are always at risk of becoming 'collateral victims' of the perpetrators they try to apprehend. These crimes are usually so heinous that the notion of 'getting justice' for the victims is absurd and challenges the investigator's own concept of rationality. How do you get 'justice' for human beings who have been kidnapped, terrorized, raped, sexually abused, murdered and then made non-existent by being butchered and rendered down like slaughtered pigs?

Police officers are trained to put such unquantifiable ethical questions aside, to suppress their personal emotions and proceed on the assumption that identifying, arresting and assembling evidence to convict the perpetrator does make a difference.

As ex-Vancouver Police detective Lori Shenher discovers and outlines in her memoir, That Lonely Section of Hell, neither training nor immersion in a law enforcement culture confident in its own assumptions can make you invulnerable to Post Traumatic Stress Disorder, that terrible Pandora's Box of memories, nightmares, sleep deprivation, chronic depression, guilt and suppressed rage that afflicts human beings whose job it is to confront monstrous behaviour in their own kind.

In 1998, Lori Shenher's maiden assignment as an enthusiastic young VPD detective was to investigate a spike in disappearances of 'low track' female sex workers from the Downtown Eastside, an investigation that would ultimately become internationally infamous as The Pig Farm Case or The Pickton Case.

A few years later, she found herself standing in the hallway of Vancouver Police HQ, hand on her duty pistol, about to put a round into a recalcitrant photocopier.

At the time, it seemed like an appropriate way to make a statement about the series of backfield fumbles that almost let a killer get away.
Shenher's That Lonely Section of Hell is her harrowing record of how she got to the lowest point in her life and career.

That Lori Shenher seriously considered summarily executing a cranky piece of office equipment-instead of some of the colleagues she had to work with during the early years of Project Amelia, as the case was originally tagged-argues for her essential sanity. That she didn't shoot the two self-interested Detective Bozos, (who remain pseudonymous), her original investigation was saddled with-a pair of washouts other sections of the VPD could spare-is just shy of miraculous, especially after it was revealed that they withheld the fact that Robert 'Willy' Pickton had been identified by Downtown Eastside sex workers in Project Amelia's very first sweep.

With equal justification, she might have targeted some representative of the culture of senior VPD ranks who weren't willing to even acknowledge the existence of a permanent resident culture of 'low track' high-risk sex workers in Vancouver and persistently viewed them as transient camp-followers who crossed the country with major cultural or sporting events or on whims and thus did not qualify as 'missing persons' even when their families insisted they were.

Stuffed in a closet with negligible resources, inadequate staff and hobbled by jurisdictional issues-since the Pickton farm was in RCMP turf-Shenher soldiered on, maintaining contact with the families of the missing women, which only deepened her personal despair.

By the time public pressure finally forced the RCMP and VPD to launch a joint investigation that ought to have been named Operation Bandwagon, since everyone suddenly wanted to get in on a possible career-making case, Shenher was already burned out, suffering from PTSD. She contributed her files but declined invitations to visit The Pig Farm.

Tormented by guilt that she'd had Pickton in her sights almost from the outset, she had to rally every ounce of strength she had left to testify in the subsequent public inquiry and to contemplate how many victims might have been spared had the original investigation been taken seriously and given the resources it deserved... And to face their families, the survivors who, like her, would have to shoulder a crippling weight of guilt and failure for the rest of their lives.

Throughout the book, Shenher repeatedly refuses to equate her own suffering with that of the families who experienced this tragedy through the loss of loved ones. The PTSD that blighted her professional life and personal relationships for years was ultimately just part of the job. Police officers, fire-fighters, EMTs, doctors and nurses and social workers all deal with traumatic events that cause 80% of them to suffer Critical Incident Stress within 24 hours of an incident, putting them at risk for long term PTSD. They're trained to respond systematically, to treat every case according to the same established processes. This is both democratic and therapeutic. By insulating them from having to respond emotionally to the horrors they deal with, trained systematic procedure makes it possible for them to get on with jobs no one could do if they were emotionally engaged. Unfortunately, by reducing individual human tragedies to 'cases' or 'incidents' to be 'managed' by bureaucratic methods, procedure can also lead to systemic failure in the first-responder cultures it is meant to serve.

That Lonely Section of Hell reminds us that no system, no procedure, no going by any 'book', can fully substitute for, or override, our capacity for emotional empathy or our higher sense of justice as human beings. To paraphrase John Donne's famous poem; 'No one is an island. Every person's death diminishes me because I am involved with humankind. Therefore, send not to ask for whom the bell tolls. It tolls for thee.'

Through the sirens, the adrenaline rush, the gabble of coded communications and tendentious double-talk, Lori Shenher heard the bell.

Asking for whom it tolled was her job. Discovering that it also tolled for her was her own tragedy.