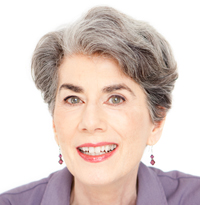 "If we are physical, emotional, mental, and spiritual beings," Shoroplova says, "then I began my adult life working through the physical plane--first training as a physiotherapist in Wales, UK, and then writing the history of Canada's largest cattle ranch because I was living there. I was very grounded."

Her second edition of Trust the Mystery (2015) was released as an ebook by her own imprint, Wrasma Publishing, with a new subtitle: Trust the Mystery: Raising Self-Awareness through Questions, Quotes, and Quantum Wisdom (Wrasma 2017). In addition to a new subtitle, she moved some scenes, combined some scenes, used some new quotations, brought some material up to date, increased the table of contents to four levels and converted from Canadian to U.S. spelling and conventions.

Born in Cardiff, Wales in 1947, she came to Canada in 1969 to work as a physiotherapist and married the manager of the Douglas Lake Ranch in 1970. In 1979, as her book was published, she left to operate a sheep and cattle ranch in Australia for five years. She returned to Vancouver in 1984 and studied Communications at SFU prior to a fifteen-year career in government relations. After taking a "body-mind-spirit" course at the Canadian School of Natural Nutrition, she increasingly turned to matters of spirituality and health. Remarried, she has raised four children and, as of 2017, had ten grandchildren, all in British Columbia.