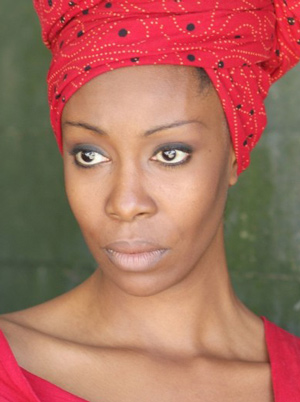 
Born in B.C. from descendants of slave escapees, Storma Sire, of West African Akan (Ghanaian) heritage, is one of a ten B.C. writers featured in a landmark anthology of contemporary African-Canadian poetry, The Great Black North (Frontenac $21.95), edited by Valerie Mason-Jones and Kevan Anthony Cameron, including 91 Canadian poets.

Sire previously won the Best Emerging Author/Illustrator award in Children's Literature from the Canada Council for her 2005 novel Lessons in Magic.

Storma Sire has Sickle Cell Anemia, a genetic blood disorder that is common among those with African or tropical decent. It's cited as another influence on the themes of overcoming weaknesses and disabilities in her poetry and stories. Having worked as a crisis and suicide prevention counsellor, Sire is working with others form a counterpart to the Sickle Cell Society of Ontario.

Also a visual artist, Sire has been teaching art, creative writing and creativity classes at Langara College and for the City of Burnaby for nearly a decade. She has worked at the Vancouver Art Gallery for six years, and has co-curated a number of independent art shows. Her vivid and imaginative African artwork focuses on abstract, indigenous and subjective narratives, primal connections, and symbolic and archetypal themes existing inside and all around us. She has illustrated for the University of Brutish Columbia's (UBC) Journal of Writing for Children and her paintings on stone and canvass are exhibited locally.

As a writer, Sire has staged poetry and spoken word events around Vancouver. She has co-written two independent feature films, two television pilots and one documentary on the homeless in the Vancouver called Goin' Home. Shot in 2007 by Barbara James, the independent feature film, co-written with Gerry Atwell and Winston Washington Moxam, was the first black, full-length, independent feature film to come out of Winnipeg. The film won for best picture and best actress, and was nominated for best screenplay, at the Toronto Black Film and Video Network event which aired on Much Music and MTV in 2002.

At the Taormina Film festival in Taormina, Sicily (July 2001), Storma Mcdonald (Sire) was chosen to present the Taormina Art Diamond Award for the film Voices of Sarafina to International African Superstar Miriam Makeba. Sire's collaboration with filmmaker Barbara James has been featured at home and abroad:

Storma Sire is currently writing a book of poetry call Red Cap. Her art can be purchased through the Window Art Shop in Vancouver at www.thewindowartshop.com or she can be contacted via Facebook. In 2013 she is a fourth-year psychology student going into art therapy.