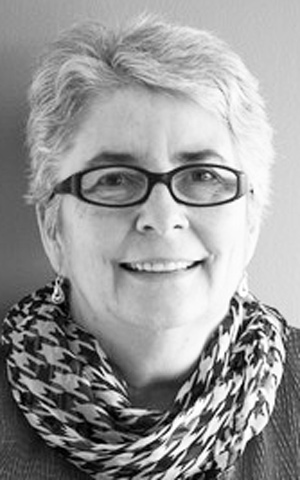 
In the late 1990s, Patricia Skidmore began exploring the story of child migration to Canada after discovering why her mother was reluctant to talk about her past. She learned that Canada had accepted approximately 120,000 children for their labour between the 1830s and 1948. British Columbia accepted the last 329 children at the Prince of Wales Fairbridge Farm School near Cowichan Station on Vancouver Island. Her mother Marjorie was sent there in September of 1937. She turned 11 on the journey. She was accompanied on her journey to the farm by her nine-year-old brother, Kenny. Their eight-year-old sister, Audrey, followed the next August.

In her first book, Marjorie Too Afraid To Cry: A Home-Child Experience (Dundurn, 2013), Patricia Skidmore described her mother's experiences as a home-child who was removed from her family and placed overseas in a British colony or Commonwealth country to provide "white stock" and cheap labour. Her book contains a Foreword from former British Prime Minister, Gordon Brown, who, in February of 2010, as Prime Minister, gave a formal, public apology to all British Child Migrants sent from Britain between 1619 and the mid 1970s. Patricia Skidmore and her mother Marjorie attended that event. This apology provided Marjorie with a little peace in her remaining years.

For Patricia Skidmore, being the daughter of a child migrant was a shameful experience. There was no sense of family on her mother's side, no roots to ground her to her place of birth. Her mother rarely spoke of her five years at the Prince of Wales Fairbridge Farm School [south of Duncan] or why she has been sent there as a little girl. Finally, in adulthood, Skidmore was able to unravel the story of forced child migration. Some of the children were just four years old when they were taken. Over 95% were not orphans.

Marjorie died in 2017, having recently turned ninety. Now Gordon Brown has provided another Foreward for Skidmore's follow-up volume, Marjorie Her War Years: A British Home Child in Canada (Dundurn 2018), a book that provides more graphic details of sexual abuse. The Prince of Wales Fairbridge Farm School was one of the institutions investigated by the London based Independent Inquiry Into Child Sexual Abuse in 2017. Their report was made public on March 1, 2018.https://www.iicsa.org.uk/news/inquiry-publishes-child-migration-programmes-report.

The stories collected by Patricia Skidmore corroborate the evidence of systemic-wide abuse at the Vancouver Island farm school. It is now known that Principal Harry T. Logan hired known pedophiles and responded to allegations of homosexual acts in one of the cottages with the statement "the British are over-sexed."; According to Skidmore, he did little to protect the children in his care. She believes most of the sexual activity was far from consensual. Older boys who had been sexually abused by adults were know to, in turn, replicate rapes of younger children.

September 28th of each year is now National Home Child Day in Britain. Skidmore is hoping her second book will shine some increased awareness of a dreadful episode of Vancouver Island history.

"England deported my mother in 1937," she says, "but they couldn?t stop me from bringing back some of her ashes to spread on her parent?s grave near London and on the sands at Whitley Bay - where she spent the first ten years of her life. Her ashes were spread at Whitley Bay on what would have been her 92nd birthday - September 21, 2018."

Vancouver-born and Coquitlam-raised Patricia Skidmore has been the editor of the Fairbridge Gazette in Port Moody. She now lives on Saltspring Island.
Review of the author's work by BC studies:
Marjorie Too Afraid To Cry: A Home Child Experience