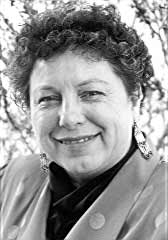 
Shirley Sterling fictionalized her 1950s stint at the Kamloops Residential School for My Name is Seepeetza (Groundwood 1992), a benchmark volume in the evolution of B.C. children's books. It was possibly Canada's first publication for children on residential schools. The following year Sterling became the first Aboriginal author to accept one of the province's top literary awards at the 1993 B.C. Book Prizes gala in Penticton. The highlight of the evening was the presentation of the Sheila A. Egoff Children's Literature Prize to Sterling for her portrayal of the Niakapmux (Interior Salish) girl named Martha Stone, or Seepeetza, who struggles with the cruel contrast between her uncomfortable life at the Indian Residential School and her nourishing Aboriginal life with her brothers and sisters at Joyaska Ranch. Several members of Sterling's family from Merritt were in attendance at the ceremony.

"I genuinely didn't expect to win," Sterling told the audience. "I have been writing since I was 12 years old and I thought perhaps when I retired at age 65 I would begin my writing seriously. But by an accident I ended up in Sue Ann Alderson's class in 1992. And if Sue Ann had not encouraged me I would never have written the book. And if my daughter Haika had not encouraged me I would never have sent it to the publisher. It was just the thrill of my life just to have been published." During her acceptance speech, Sterling asked her mother to rise before the sold-out audience and acknowledged her integral role. "Mum, I want you to know that you've been the strength and the centre of our lives," Sterling said, "and you are the reason we've survived, and the reason that seven out of seven Native children went on to university to get a university education." Her mother also served as a role model for one of the main characters in Sterling's story. "I really want to thank you, Mother, publicly, and tell you that you're a great and wonderful lady. I might add, too, that a lot of people are falling love with my Mum. They write to me and sometimes they say, 'We love your Mum'. Thank you very much." A previous non-fiction study of the Kamloops Residential School, Resistance and Renewal (Tillicum/Pulp $10.95) by Celia Haig-Brown, received the Haig-Brown B.C. Book Prize in 1989.

Born on the Joyaska Indian Reserve in 1948, Shirley Sterling moved to Vancouver where she trained as a ballerina. In Vancouver she obtained her education degree and twice received the Native Indian Teacher Education Alumni Award, plus the Laura Steinman Award for Children's Literature. Her story of Seepeetza closely mirrors her own. Taken to a red brick building in Kamloops at age six, Seepeetza is forced to wear strange clothes, sleep in a dormitory with other Aboriginal girls, eat strange food and have her hair cut. The nuns call her Shirley instead of Seepeetza, or her nicknames Tootie or McSpoot. She is prohibited from talking "Indian," but her life is not entirely bleak. She enjoys the dance practices for school concerts and she takes comfort from her memories of home, always looking forward to summer vacations. My Name of Seepeetza is not another account of abuse, it is a realistic story about one girl's indomitable spirit.

Sterling later acquired a Ph.D in Education from the University of British Columbia. She spent many years living in Moricetown, B.C. among the Wetsuweten people, from whom she was given a Hereditary Chief's name. She received various awards and academic scholarships, and produced her own CD whereby she sang songs she wrote and loved. Shirley Anne Sterling died after a two-year battle with cancer on Sunday, April 3, 2005 at Merritt, B.C. "Shirley was loving, strong, intelligent and kind," recalled children's literature critic Judith Saltman. "She adored children, and believed in the value of education, but particularly believed in the value of instilling N'lakapamux values and philosophies in the children."