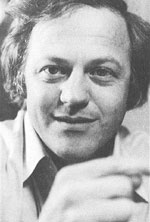 
Born in London on April 29, 1939, Peter Such was raised in a Masonic orphanage after his father was killed in action as a World War II pilot. He immigrated to Canada in 1953, attended University of Toronto and founded Impulse magazine, for which he was the original editor. Such has written reviews for Canadian Forum, Canadian Art, Artword, Books in Canada and other publications. He has also worked loading freight cars for the Canadian National Railway and in uranium mine at Elliot Lake.

Such has written television scripts and was a founding member of The Writers' Union of Canada, the founding Vice-President of the Canadian Magazine Publishers Association., founding Director of the Writers Development Trust and the ACTRA-Screenwriters Guild of Canada. As an editor of Books In Canada (1975-1977), he began the magazine's award for best first novel in Canada. He also instigated the first Canadian literature courses at Ryerson, University of Toronto and York University, where he founded the Centre for Distance Learning and Teaching Technology.

His Soundprints (1972) is an introduction to six Canadian composers. His best-known novel Riverrun (1973) concerns the last days of the indigenous Beothuk people of Newfoundland who were exterminated with the coming of Europeans by 1829. His first novel Fallout (1968) arose from experiences as a uranium miner near Elliot Lake. His history of the Dorset Inuit and Beothuk is Vanished Peoples (1978). His Dolphin's Wake (1979) is a thriller about an archaeologist and his wife who get drawn into opposing the ruling junta in Greece. His first chapbook of poetry, Their Breath Is The Sky (2003), was his first title to be published outside of Ontario. As a teacher of writing and theatre in Victoria, Peter Such published a futuristic novel, Earthbaby (2005), set in 2039. It's about an attempt to launch a deep-space habitat to be situated between Earth and Mars during a period of turmoil on Earth.

Peter Such introduced the first courses in Canadian art at Atkinson College and York University and he has lectured on contemporary Canadian art at numerous Canadian universities and abroad at Helsinki, Tartu and La Laguna universities. He is president of the Victoria College of Art in Victoria, B.C., and is married to Joyce Kline, an artist and art writer.