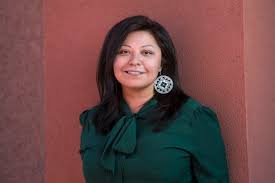 
Terese Mailhot was raised as a member of the Seabird Island Band in B.C. In 2017, as a resident of West Lafayette, Indiana, Mailhot published her first memoir, Heart Berries (Doubleday $25), about coming of age on the Seabird Island Reservation and overcoming a dysfunctional family. Hospitalized and facing a dual diagnosis of Post Traumatic Stress Disorder and Bipolar II, she wrote her way out of trauma. "I wanted to ascend to something transcendent," she has said. "I debated every word." Heart Berries is a memorial for her mother, a social worker and prisoners' rights activist, and a coming to terms with her abusive and often drunken father who was murdered under mysterious circumstances. This book was nominated for a Governor General's Award in Non-Fiction in 2018.

In an excellent profile piece by Denise Ryan for The Province, on February 20, 2019, Mailhot, at 35, described her childhood and adolescence as "weird and bookish and bullied." When she became pregnant at 19, she was married in her band office and soon lost custody of her first-born son when her marriage ended. "Heartberries," Ryan summarizes, "details the unsparing agony of that loss, her subsequent breakdown and her reclamation of self as a writer."

Terese Mailhot graduated with an MFA in fiction from the Institute of American Indian Arts in New Mexico where Tommy Orange, the Cheyenne/Arapaho author of There, There, was a fellow student. The recipient of several fellowships--SWAIA Discovery Fellowship, Vermont Studio Center Fellowship, Writing by Writers Fellowship, and the Elk Writer's Workshop Fellowship--Mailhot was subsequently named the Tecumseh Post Doctoral Fellow at Purdue University. She has been a Saturday Editor at The Rumpus and a columnist for Indian Country Today. Her work has appeared in The Rumpus, Carve Magazine, The Offing, The Toast, Yellow Medicine Review and elsewhere.

Mailhot, the mother of three children, has relocated from the U.S. to Vancouver.