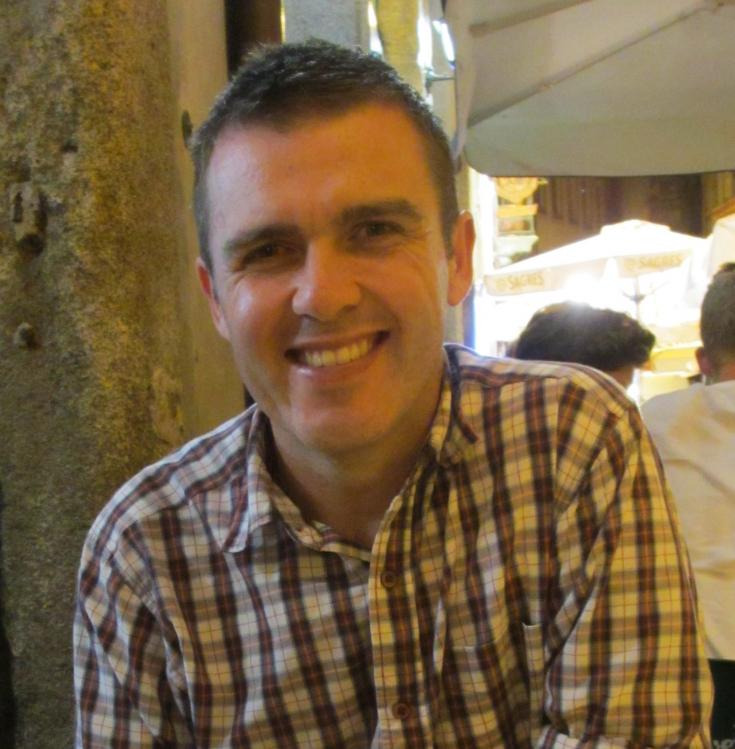 
John Thistle is a research associate at the Labrador Institute at Memorial University. His interests as a geographer lie in the socio-economic and environmental legacies left behind by large-scale resource extraction. Much of his teaching and research covers environmental history, economic geography, and science and technology studies.

His book, Resettling the Range: Animals, Ecologies, and Human Communities in Early British Columbia (UBC Press $95.00) details the battle BC ranchers waged to rid the grasslands of wild horses and grasshoppers during the late 19th and early 20th century. With the help of government, ranchers worked to eradicate the competition under claims of "ranch improvement and rational land use"; uncovering more complicated stories ofdispossession and marginalization.

John Thistle's study of managing (and mismanaging) B.C.'s grasslands won the 4th annual Basil Stuart-Stubbs Prize for Outstanding Scholarly Book on B.C. to be presented at UBC Library on June 9, 2016. It was also shortlisted for a Roderick Haig-Brown regional prize.

Articles: 2 Articles for this author
Resettling the Range
Review (2016)

The first ranches appeared in B.C. during the gold rush eras of the 1850s and 1860s when thousands of hungry miners needed to be fed. Ranchers bought most of the best valley lands through preemption or leased crown lands.

By 1865 many grasslands had already been trampled or overgrazed by cattle.

There were ranches big and small. Some were immense. The storied Gang Ranch in the Chilcotin operated on a million acres, and Douglas Lake Ranch in the Nicola Valley stretched across some 450,000 acres.

As the Interior was further colonized, indigenous people were forced onto small reserve lands. Access to grasslands to graze their own horses and cattle was locked up behind more fences or settlers' grazing rights.

As John Thistle describes in Resettling the Range: Animals, Ecologies, and Human Communities in British Columbia (UBC Press $29.95), wild horses were regarded by ranchers and government officials as pests to be rid of similar to the thinking associated with other wild animals like bears, cougars, coyotes, even eagles, owls and skunks.

Wild horses competed with cattle herds by dining on grasslands. They were getting in the way of burgeoning enterprise. However, wild horses weren't the only culprits. John Thistle details such as poor grazing practices, severe weather conditions? a reluctance to rehabilitate lands and the loss of fire control, once used by natives to encourage grass renewal and restrict invasive brush and trees.

Killing wild horses was a quick fix solution and a recipe for conflict between ranchers, government officials and First Nations people. As defined, wild horses did not have brands.
Many of these animals belonged to indigenous peoples, and because reserve lands had limited feed and water supplies, horses often grazed on what were now considered "crown lands";.
State sponsored roundups and bounty hunting ensued. Many thousands of horses were killed, used for meat, dog food or fertilizer. Tensions mounted, with threats of war between ranchers
and aboriginal people on the grasslands.

Grasshoppers were also targeted with some heavy artillery: arsenic, DDT and other chemicals. Such attempts to eradicate likely did more harm than good.

Layer upon layer of history and ecological change are writ large on the map of B.C. Resettling the Range is very much a story about our relationship with animals, landscapes, indigenous peoples and their pursuit of aboriginal rights.

Environmental historian John Thistle has generated a necessary and thorough study of rancher settlement, the ranching industry's interactions with grasslands and the effects of ranching on First Nations peoples, most of whom were dispossessed from access to grasslands-a profound rangeland legacy that lives with us still.