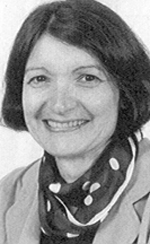 
Maria Tippett was born in Victoria on December 9, 1944. Raised in Victoria, Maria Tippett travelled and studied in Europe from 1964 to 1966. She received her B.A. from Simon Fraser University in 1972 and her Ph.D from London University in 1982;. She was a lecturer from 1977 to 1986 at Simon Fraser Univeristy and UBC. She was Robarts Professor of Canadian Studies, York University, Toronto (1986-1987) and Senior Research Fellow at Churchill College, Cambridge Univeristy (1995-2004).

Tippett has always made British Columbia her base and considers herself a fulltime writer. She was elected to the Royal Society of Canada in 1992 and received an LLD from Windsor University in 1992. She and her husband and fellow academic Peter Clarke, an historian, have divided their time between Cambridge and Salt Spring Island. She received honorary doctorates from Simon Fraser University and University of Victoria in 2006.

Also a writer, Emily Carr is now widely acknowledged as the province's most original, enduring painter. Architect Francis Rattenbury designed the Empress Hotel and the Victoria Parliament buildings, before being murdered by chauffeur. Arthur Erickson was a mercurial personality who gained international acclaim as an architect. George Ryga's groundbreaking play, The Ecstasy of Rita Joe, exposed the anguish and reality of life for First Nations women in B.C. and became a national hit. Bill Reid became the foremost craftsman of First Nations art, as a sculptor, carver and jeweller. Jean Coulthard wrote music that reflected the landscape around her. Martin Grainger's novel, Woodsmen of the West, was arguably the first B.C. novel to be respected within the canon of Canadian literature. Anarchist, poet and philosopher George Woodcock was indisputedly the province's most prolific and multi-faceted man of letters.

Made in British Columbia: Eight Ways of Making Culture (Harbour 2015) $32.95 978-1-55017-729-9
Portrait in Light and Shadow: The Life of Yousuf Karsh (Anansi, 2007).
Bill Reid, Becoming an Indian (Ramdom House 2003)
Stormy Weather: F.H. Varley (M&S 1998)
Becoming Myself, A Memoir (Stoddart 1996)
Between Two Cultures: A Photographer Among the Inuit (Penguin 1994). Photographs by Charles Gimpel.
By a Lady: Celebrating Three Centuries of Canadian Women Painters (Penguin 1992)
Making Culture: English-Canadian Institutions and the Arts Before the Massey Commission (University of Toronto Press 1990)
Breaking the Cycle and other stories from a Gulf Island (Orca 1989). With illustrations by John Koerner.
Art at the Service of War (U of T Press 1984)
Emily Carr: A Biography (Oxford 1979, Penguin 1982, Stoddart 1998; Fitzhenry and Whiteside 2002; Anansi, 2006).
From Desolation to Splendour: Changing Perceptions of the BC Landscape (with Douglas Cole, Clarke Irwin 1977)

Review of the author's work by BC Studies:
Phillips in Print: The Selected Writings of Walter J. Phillips on Canadian Nature and Art
Made in British Columbia: Eight Ways of Making Culture

Articles: 1 Article for this author
Bill Reid: The Making of an Indian (Random House $39.95)
Article


Half-Haida artist Bill Reid referred to his early works as 'artefakes.' Maria Tippett examines his life and career at the forefront of the renaissance of northwest coast native art in Bill Reid: The Making of an Indian (Random House $39.95). 0-679-31089-4