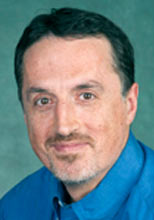 
There is a tendency to think of violence and non-violence as polar opposites, particularly when it comes to revolutionary change and social movements. U of Vic's Dr. Peyman Vahabzadeh describes these concepts as more like 'phantom' opposites in his new book, Violence and Nonviolence: Conceptual Excursions into Phantom Opposites (U of Toronto Press $37.95). Regarding the way the terms violence and nonviolence are commonly used in discourses today, Vahabzadey quotes Gandhi that one might as well, "try to extract breeze from the hurricane."; Rather than viewing the two concepts as mutually exclusive, Vahabzadeh proposes understanding the relationship between them as concentric, not opposites. Born and raised in Iran, Peyman Vahabzadeh immigrated to Canada in 1989. He earned his PhD in Sociology from Simon Fraser University (2000) and he has taught sociology, political science, CSPT, and humanities at SFU, UVic and Brock University (Ontario). Dr. Vahabzadeh's lifelong interest is in human (collective) action and social movements.

In addition to the books noted below, Dr. Vahabzadeh has also authored eight books in Persian in poetry, fiction, literary criticism, and memoirs. He has been a regular commentator on Iranian affairs in Canadian media. Dr. Vahabzadeh is an advocate of democratic movements and human rights in Iran and a defender of non-violence and alternative social organizations. His essays, poems, short stories, memoirs, literary criticisms, and interviews have appeared in English, Persian, German, and Kurdish.