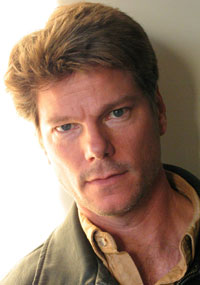 His first book, The Golden Spruce, won the 2005 Governor General's Award for English Non-Fiction, the 2006 Pearson Writers' Trust Non-Fiction Prize and the 2006 Roderick Haig-Brown Regional Prize. It was also shortlisted for the 2006 Kiriyama Non-Fiction Prize and the second annual British Columbia Award for Canadian Non-Fiction in 2006, making it one of the most prominent debuts in British Columbia literary history. It describes how a former logger named Grant Hadwin, in January of 1997, plunged into the Queen Charlotte Islands' Yakoun River, towing a chainsaw behind him. The timber-scout-turned-activist worked in the darkness for hours, methodically cutting down K'iid K'iyaas, a "Golden"; Sitka Spruce that was more than 300 years old. John Vaillant first wrote about Grant Hadwin and the Golden Spruce for The New Yorker. This article led to the publication of The Golden Spruce (Knopf $35) in which Vaillant weaves the story of Hadwin's crusade and troubled past into a larger history of the Haida, the fur trade and the West Coast logging industry. Conserved by MacMillan Bloedel, the 50-metre-tall Golden Spruce represented to Hadwin the hypocrisy of the logging industry. Before he disappeared under suspicious circumstances, avoiding being sentenced, Hadwin also dismissed the relevance Vancouver Island's Cathedral Grove as merely a "circus side-show"; and a "corporate set-aside."; "We tend to focus on individual trees like the Golden Spruce while the rest of the forests are being slaughtered,"; Hadwin told a reporter from the Queen Charlotte Islands Observer. "Right now, people are focusing all their anger on me when they should focus it on the destruction going on around them."; Hadwin disappeared after presumably being out on a rough sea. His kayak was found abandoned. It is presumed he either drowned or was murdered. [According to Wikipedia: Kiidk'yaas, also known as the Golden Spruce, was a Sitka Spruce tree, Picea sitchensis 'Aurea', that grew on the banks of the Yakoun River in Haida Gwaii archipelago, British Columbia. It had a rare genetic mutation causing its needles to be golden in colour.]

In 2011, Vaillant received British Columbia's National Award for Canadian Non-Fiction for his investigation of events in Siberia regarding a rare tiger that was killing people, The Tiger: A True Story of Vengeance and Survival. Like The Golden Spruce, this story uses a newsworthy story as the basis for an expansive look at social issues, particularly conservation and ecology, revealing the atavistic links of technological man to the wilderness and other species. The Tiger also received the Hubert Evans Non-Fiction Prize.

For his third book, Vaillant switched to fiction for The Jaguar's Children, born of social and political struggles in Mexico. John Vaillant's grandfather wrote the first history of the Aztec nation and Vaillant lived in Oaxaca, Mexico, for a year. That's where a fictional character, Hector, inexplicably entered his head, telling Vaillant that he [Hector] was trapped inside the empty tank of a water truck, trying to illegally enter the United States...

Vaillant found myself drawn into writing a novel about the predicament of Hector and his unconscious travelling companion from Oaxaca who is carrying important information to the U.S. Both are stranded and abandoned by people smugglers. In this riveting debut novel called The Jaguar's Children, Hector finds a name in his friend Cesar's phone--AnniMac--and sends messages to this unknown person, pleading for rescue. Over the course of four days, as water and food run low, Hector relates the story of why he and Cesar entrusted their lives to the "coyotes" or people smugglers who have left them to die.

Vaillant describes his two central characters as "accidental spokesmen for the tumultuous changes" that are occurring in Mexico, in particular, and worldwide in general, as economic divides increasingly have deadly consequences for people in have-not societies.


There were 302 entries for this year's B.C. Book Prizes, capably hosted by Bill Richardson, and for only the second time in 22 years, neither Douglas & McIntyre nor Harbour Publishing had a winning title.

Vaillant picked up his third major prize of the year for The Golden Spruce: A True Story of Myth, Madness and Greed (Knopf), winner of the Roderick Haig-Brown Regional Prize. "To be associated in any way with Roderick Haig-Brown is a great honour,"; said Vaillant, "To have it recognized and received locally is the greatest honour I could receive.";


VANCOUVER - British Columbia's National Award for Canadian Non-Fiction - Canada's largest non-fiction prize - was awarded in Vancouver today to John Vaillant for his book, "The Tiger: A True Story of Vengeance and Survival.";

Vaillant of Vancouver was presented with the $40,000 prize at a ceremony that also celebrated the other three finalists for this year's award:

· Stevie Cameron of Toronto for "On the Farm: Robert William Pickton and the Tragic Story of Vancouver's Missing Women";.

· James FitzGerald of Toronto for "What Disturbs Our Blood: A Son's Quest to Redeem the Past";.

· Charles Foran of Peterborough for "Mordecai: The Life & Times";.

British Columbia's National Award for Canadian Non-Fiction, now in its seventh year, is the only national book prize to originate in B.C., and is Canada's largest award for literary non-fiction. The award is presented annually by the British Columbia Achievement Foundation, an independent foundation established by the Province in 2003 to celebrate excellence in the arts, humanities, enterprise and community service.

The 2011 jury for the B.C. Award consisted of author and columnist Philip Marchand; author and broadcaster Noah Richler; and Alma Lee, the founding executive director of The Writers' Union of Canada and founder of the Vancouver International Writers and Readers Festival.

The jury cited "The Tiger"; as "a chilling adventure...Vaillant's description of the locale and the people who live there brings them to life,"; and as "a page-turner that in the end brings us to understand the tiger, probably the most intelligent super-predator in the world. Superbly written and highly enlightening, this is a gripping story about man in conflict with nature.";

Five years later, at a lavish free luncheon for invited guests, Vaillant received Premier Campbell's B.C. National Award for Canadian Non-Fiction for his second book, an investigation of events in Siberia regarding a rare tiger that was killing people in Russia's Primorye Territory.

Like Golden Spruce, Vaillant's The Tiger: A True Story of Vengeance and Survival (Knopf $34.95) uses a newsworthy story as the basis for an expansive look at conservation and ecology, revealing atavistic links between technological man and the wilderness.

Vaillant's face did not register pleasure or surprise when his name was announced as the winner during the three-hour ceremony. With sincere humility, he told the audience he had decided in advance: "I am going to feel wholehearted for whoever wins.";

The event featured erudite and sophisticated dissertations on each of the four nominated titles, delivered by Daphne Bramham, Douglas Todd, Michael Levine and Wade Davis. Publisher Scott McIntyre, as one of the administrative board members, presented outgoing Premier Campbell with a set of leather bound copies of all the award winners since 2003. Campbell received a standing ovation from nearly everyone present.

This year all four nominated titles for the $40,000 prize were published by Random House / Knopf of Toronto, including Stevie Cameron's courageous, 768-page On The Farm: Robert William Pickton and the Tragic Story of Vancouver's Missing Women.


The great 19th century writers of social realism-Dickens, Hugo, Balzac, Tolstoy-understood that some social, economic and political issues are so overwhelming and so profoundly disturbing to their own culture that they can only be portrayed effectively in fiction.

The border between the United States and Mexico is more than a muddy river, a line in the dust or miles of chain-link fence enhanced with razor wire, cameras and thermal sensors. It is the border between hope and despair, between a failing state and the wealthiest and most powerful nation on earth.
Every day thousands of people from Mexico and other marginalized Central American countries risk their lives to cross that border, seeking a better life. Many are interdicted by U.S. Immigration and border patrols, la migra, and repatriated. Others, not so lucky, find only miserable deaths, suffocated in stifling, hidden compartments in vehicles or exhausted and dehydrated by walking through the desert.

One character in The Jaguar's Children grimly observes that thousands of desiccated bodies of men, women and children are scattered along invisible trails of tears.

Vaillant's articles have appeared in The New Yorker, The Atlantic, National Geographic and The Walrus and he is the author of the multi-award-winning non-fiction book, The Golden Spruce (Vintage 2006). It was a year in Oaxaca, Mexico that sharpened his awareness of the illegal economic migration issue by letting him see it from the other side of the border. He might have fallen back on well-honed journalistic skills to write about it. If he had, he might have produced something like Aleksandr Solzhenitsyn's Gulag Archipelago, a factual catalogue of human suffering so vast and unrelenting it defeats its purpose by rendering readers emotionally numb.

Instead, Vaillant dramatizes the story of Hector, one young man making his desperate bid to reach el Norte, the land of promise. The 1983 film El Norte, about a Guatemalan brother and sister trying to get to the U.S., has addressed the same issues but it can't match The Jaguar's Children for desperation and claustrophobic horror worthy of Edgar Allan Poe.

Welded into the empty tank of a water-hauler, Hector, his boyhood friend Cesar, and a dozen other migrants are abandoned in the desert by venal 'coyote' guides when the truck breaks down. As the air sours with carbon dioxide and bottled water runs out, Hector clings to a pipe that admits a small current of fresh air.

Hector also sends text messages, like SOS signals from a sinking ship, to AnniMac, a contact he finds on the injured Cesar's cell phone. Using the somewhat over-extended device of these lengthy texts, Vaillant has Hector narrate his short life story into a device whose batteries are dying as slowly and surely as everyone in the tank.

From files stored on the phone, Hector discovers that Cesar, formerly the token Zapotec researcher for the biotech company SuperMaize, is on the run from corporate and government interests promoting genetically modified corn that will irrevocably destroy the bedrock cycle of Mexican culture by using the lure of high-yield profits to displace traditional maize.

While the GM food conspiracy lends Ludlum-like urgency to the plot, it's Hector's account of his family, the lives of his parents and grandparents, and their struggle as indigenous people on the bottom rung of Mexican society, that keeps the pages turning.

Thirty years ago, revisionist politically-correct critics would have attacked Vaillant with shrill accusations of 'appropriation of cultural voice,' as they delighted in doing to books like Hemingway's The Old Man and the Sea (Nobel Prize winner) and Pearl S. Buck's The Good Earth. For good measure, such critics attacked fictional books about First Nations' characters by B.C. authors Anne Cameron and W.P. Kinsella.
Fortunately most of these twits clammed up when their self-righteous moral stance obliged them to argue that Shakespeare shouldn't have written Hamlet because he wasn't Danish or Macbeth because he wasn'ae a Scot.

Writers not only have the right to use their imaginations; they have an obligation to tell stories that need to be told using whatever voice, journalistic or fictional, that makes them most likely to be heard.
I don't usually read novels at one sitting; this one I did.
9780307397164

John Moore writes on a regular basis for this publication from Garibaldi Highlands.
John Moore