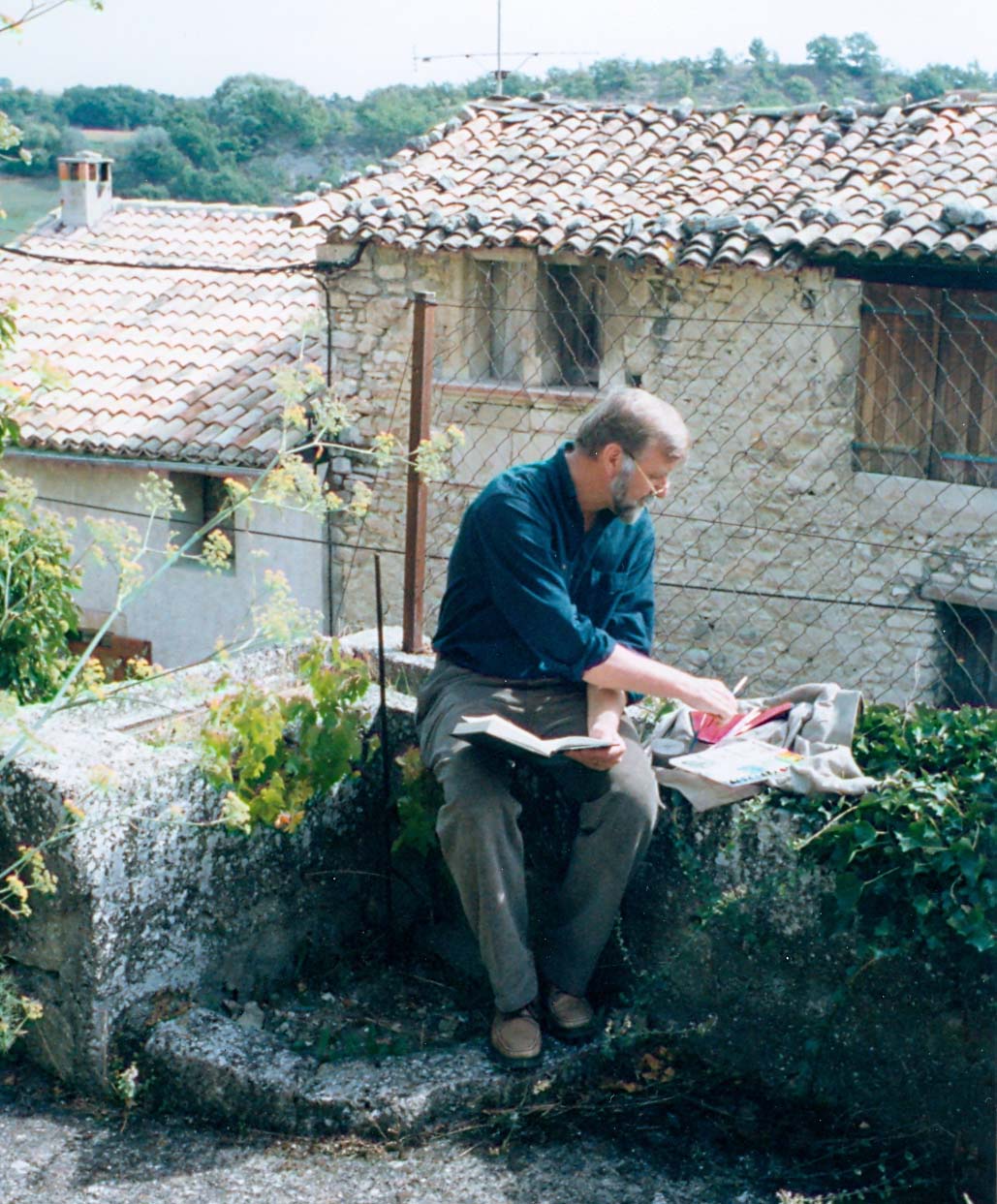 
Born and educated in England, Keith Valentine immigrated to Canada to work as an agricultural scientist. In 1960, he started hard rock mineral prospecting in Northern B.C. and later mapped soils in West Pakistan (as it then was). Then he joined the Research Branch of Agriculture Canada and mapped soils, primarily in B.C. Valentine ended his career with the Canadian International Development Agency (CIDA) riding herd on projects in the Indian subcontinent and negotiating the United Nations Convention on Desertification. In retirement, he learnt to restore books and carried on traveling as his CIDA years had given him a taste for remote journeys and the confidence to go to such places.

In 1983, he started carrying a sketchbook instead of a camera, compiling more than 40 such books. From these, he published Finding a Place to Sit (self-published $25.00) with three main themes: 1. What happened when he tried to draw instead of taking photographs (he saw what was actually in front of him, not what he thought was there; he met people, especially locals; he could draw where photos were forbidden; people asked him to draw them; etc.) 2. Examples of the resulting blend of sketches with stories and events of the places he visited (a total of 90 sketches are in the book) 3. Providing hints and techniques to encourage others to attempt the same travel/sketch activities. He says the contents of the book are his contribution to the Slow Movement. Keith Valentine lives on Pender Island.