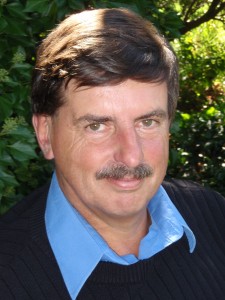 
Having worked as a wildlife biologist for about 40 years and an environmental lawyer for almost 20 years, Ben van Drimmelen of Victoria has written Greening your Boat (Self-Counsel 2015) in which he outlines how boats can be maintained to minimize negative impacts on the environment. Safe and affordable practices include finding alternatives for the many chemicals and solvents required for upkeep.

Ben van Drimmelen co-owns a small but very robust sailboat (a Nonsuch, originally designed for Great Lakes sailing) as well as an inflatable Zodiac and both a single and a collapsible double kayak. He frequently undertakes eight- to ten-day kayak trips along the BC coast and has done a two-week trip down the South Saskatchewan River (Alberta portion) during which he was somewhat deterred by the persistent impact of cattle; feces and hooves plowing up the muddy shores. His sailing trips have generally been shorter, although he did once spend three months exploring the waters along the northeast side of Vancouver Island and the San Juans. Other than a few days of dingy sailing in southern Saskatchewan, he has had little boating experience beyond Canada except kayaking down two rivers in Laos.

Ben van Drimmelen has also been a director/board member of environmental non-government organizations, including the Canadian Land Trust Alliance, the Land Trust Alliance of BC, the Habitat Acquisition Trust and the SeaChange Conservation Society.