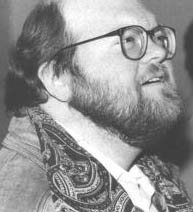 
Alex Varty has been engaged in the music scene of Vancouver since 1977, both as a critic and as a guitarist. He has played with Al Neil, Howard Broomfield, Martin Bartlett, Animal Slaves, A.K.A. and was a member of The Explosions with fellow music writer Tom Harrison, Georgia Straight editor Bob Mercer and Mecca Normal's David Lester. He was host of Nova and Strings Attached for Vancouver's Co-op Radio. He has been a mainstay at the Georgia Straight as a music critic and arts editor. He wrote a catalogue essay for the Al Neil exhibition called Origins and he compiled and wrote The Music of Al Neil (Nightwood, 1999) in conjunction with Al Neil's 65th birthday.