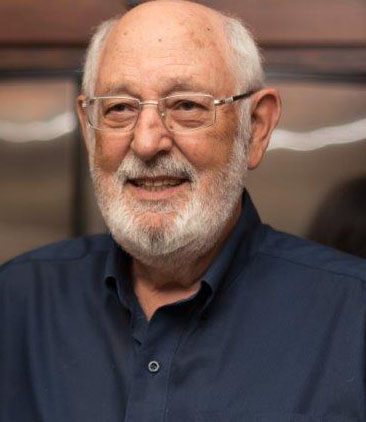 
Peter Vassilopoulos was born in Cape Town, South Africa on September 16, 1940. An avid boater and scuba diver, he came to B.C. in 1973 and began a series of articles for Pacific Yachting, and he has continued to write for the magazine to the present. He wrote a series of feature articles on classic yachts and produced a book, Antiques Afloat, on the old vessels and shipbuilding in B.C. from 1920 to 1940, which he published through one of his companies at the time (Panorama Publications, 1981).

Based in downtown Vancouver in 1974, and then in Tsawwassen since 1985, he published Diver Magazine, a national publication, from 1974 to 2004 when he sold the company. He continued as a regular contributor to Pacific Yachting Magazine, specializing in motor yacht reviews. During the final four years of owning Diver Magazine he produced a quarterly marine recreational newspaper called Boating Express, since shelved.

Vassilopoulos began producing marine guides for boaters in 1994 and has written and published five guides to 2016. He continues to update marina information in his books with the assistance of his wife, Carla and is currently working on a sixth volume.

His boating guides are distributed by Heritage House in Surrey BC, Chyna Sea Publishing and Distribution, and by Fine Edge Publishing and Paradise Cay in Washington State.

Vassilopoulos has produced nine editions of his cruising guide, Docks and Destinations (Pacific Marine Publishing, Delta BC, 2010). His other Pacific Marine Publishing titles are Anchorages and Marine Parks, Broughton Islands Cruising Guide, Cruising to Desolation Sound, and the Gulf Islands Cruising Guide. These volumes includes waterways, marinas and anchorages from the south of Puget Sound to Prince Rupert and beyond.

Cruising to Desolation Sound, previously covered the Sunshine Coast and these areas are now being published in two separate volumes. They take the reader from Howe Sound, the Fraser River and Vancouver city, along the Sunshine Coast and into Desolation Sound. Along the way, they cover popular attractions such as Princess Louisa Inlet and Pender Harbour. They continue through the Discovery Islands to Campbell River with colour illustrations of fabulous waterways, inlets and scenic coastal vistas.

The Broughton Islands Cruising Guide is an updating of Peter Vassilopoulos' North of Desolation Sound. The book's main attributes are the inclusion of routes to the Broughton Islands through Johnstone Strait via Campbell River or through Cordero Channel via Desolation Sound and Big Bay. It covers waterways to Port Hardy, the Broughton Islands and adjacent areas plus Seymour Inlet and the passage around Cape Caution to Rivers Inlet. It includes many new colour photographs taken from the air as well as while boating in the area. Diagrams, GPS coordinates and distances are also provided for navigation.

In all of his books, hundreds of aerial and ambient photographs and numerous diagrams assist mariners choose the best routes, anchorages and places to moor.

For his tenth title since his classic west coast maritime title Antiques Afloat in 1981, Peter Vassilopoulos altered course from books meant primarily for pleasure boaters and released his first title in a new series, more for tourists, Cruising the Inside Passage: Puget Sound to Alaska. Although the word cruising remains in the title, the founding publisher of Diver Magazine has gathered his photos from approximately 150 coastal trips over more than 40 years for his first book to appeal to all Pacific Northwest travellers by boat, ferry, cruise ship or "pocket cruisers" (i.e. charters). It is a coffee table book replete with a wide selection of his aerial photos, designed to be a souvenir book that gives visitors a collection of sights (and sites) they have seen "as well as those they have missed that may prompt them to return."

In another direction, Peter Vassilopoulos has profiled one of the world's foremost marine artists in his book John M. Horton: Mariner Artist (published by Heritage House), a study of the British-born designer and architectural artist who immigrated to Canada in 1966. For his series of magnificent paintings depicting Captain George Vancouver's voyages, Horton sailed Vancouver's routes from the Olympic Peninsula to Alaska to incorporate recognizable shore features. Horton has produced more than one thousand meticulously researched maritime paintings.


In the world of marine painting, John Horton is second to none, and his work is prized by collectors all over the world. A member of the Canadian Society of Marine Artists, the Federation of Canadian Artists and The Honourable Company of Master Mariners of Canada, Horton is the only Canadian marine artist cited in Dennis Brook-Hart's authoritative work Twentieth Century Marine Painting.

Born in England, Horton spent several years in the Royal Navy, apprenticed in the shopfitting trade and worked as a designer and architectural artist before immigrating to Canada in 1966. In Vancouver he found the perfect environment for nurturing his life-long passion for the sea and its history.

Over the years, Horton has produced more than 1,100 paintings, all of which are meticulously researched, richly detailed and technically accurate. For his series depicting Captain George Vancouver's 18th-century voyages of exploration and discovery, for example, Horton himself sailed Vancouver's routes, from the Olympic Peninsula to Alaska. Many of his paintings incorporate recognizable shore features. This year marks the 250th anniversary of the birth of Captain Vancouver. From vessels, harbours and major seaports to Canadian troops in the Persian Gulf, the subjects of Horton's paintings tell a story.


The new, full colour illustrated edition of Docks and Destinations is expanded, with updated details of all marinas on the coast from Olympia in Puget Sound to Prince Rupert. It includes information about overnight moorage and where to obtain supplies and services, fuel availability and much more. It includes GPS coordinates and golf course details. The new edition has expanded pages on marinas and facilities in Haida Gwaii.

The book covers the coast geographically south to north from the San Juans and Gulf Islands to the Sunshine Coast and Desolation Sound. It includes Victoria, Vancouver, Howe Sound, Nanaimo, Comox the Gulf Islands
and Campbell River, Denman, Hornby and Lasqueti of the northern gulf islands and the Vancouver Island eastern
coastline. Then continues through and beyond Desolation Sound into the Broughtons, Port Hardy and beyond Cape
Caution to Rivers Inlet and on to Prince Rupert. It brings the mariner south by way of the west coast of Vancouver Island and through Juan de Fuca Strait to return to the lower mainland and Puget Sound where it includes Everett, Edmonds, Seattle, Lake Union, Tacoma and all marinas
in Admiralty Inlet, Hood Canal, around Bainbridge Island and the South Sound area to Olympia. When the next season approaches and mariners and their guests look forward to spending time at their favourite cruising destinations, Docks and Destinations will be their source for full details on marinas and the information needed for cruise planning and enjoyable boating.

Docks and Destinations is 328 pages, measures 6"; by 9"; and with a durable laminated cover. It is full colour
throughout and retails for $29.95.