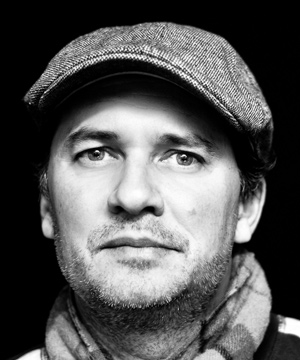 
A sessional faculty member at the University of the Fraser Valley, where he teaches business writing, John Vigna of Richmond, B.C. also works as an advertising copywriter and teaches fiction and literary non-fiction at Douglas College. Vigna attended the Iowa Writers' Workshop at the University of Iowa and completed his Master of Fine Arts at UBC in the Creative Writing Program. His fiction and non-fiction has appeared in various publications and anthologies, including Georgia Straight, Vancouver Sun, The Province, Banff Crag & Canyon, The Canmore Leader, Event, sub-Terrain, The Antigonish Review, Alberta Views, The Dalhousie Review, and Exact Fare 2: Stories of Public Transportation. His personal essay, "The Ballad of Big and Small," first appeared in Grain Magazine and later in the Banff Literary Journalism anthology Cabin Fever: The Best in New Canadian Non-fiction (Thomas Allen, 2009). Ed., Moira Farr and Ian Pearson. He lives in Vancouver with his wife, the writer Nancy Lee.

Vigna's debut story collection Bull Head (Arsenal, 2012) contains eight linked stories. When a truck driver seeks sanctuary from his abusive wife in a fantasy world of strip clubs and personal ads, Vigna writes, "He slammed the gas pedal to the floor; the cruel rush of night air blasted his face. The fuel light flashed red. He turned off the headlights, and sped faster, the wind screaming in his ears as he lifted his hands off the steering wheel and hurtled through the darkness."; The collection was shortlisted for the Danuta Gleed Award for the best first English-language collection of short fiction by a Canadian author published in 2012.

Publisher's promo: "A line-dancing aficionado visits his brother in jail in hopes of mending their relationship, and instead discovers his own unwitting role in his brother's failed life. After the death of his wife and children, a logger tries to survive the Thanksgiving weekend on his own. A delinquent teen's life is changed forever by a work-camp placement with a violent older boy... Bristling with restlessness and brutality, the eight linked stories in Bull Head catapult readers into the gritty lives of social outcasts lost in purgatories of their own making. John Vigna tempers raw and at times cruel rural masculinity with graceful prose and breathtaking tenderness to illuminate the plight of men living in small towns and backwoods who belong neither to history nor the future. A startling homage to the great Southern Gothic tradition, Bull Head is a dazzling debut that heralds a powerful and exciting new literary voice."