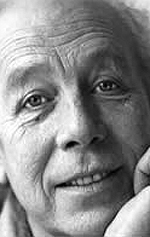 
SeÃ¡n Virgo was born to an Irish family in Mtarfa, Malta in 1940. Educated in South Africa and Nottingham, England, he emigrated in 1966 to teach at UVic until 1970. After living for a year in Connemara, Ireland, he lived with his family on the Queen Charlotte Islands until 1975. Deathwatch on Skidegate Narrows and Other Poems is his retrospective account of what the Pacific Coast and its spirits meant to him; with Susan Musgrave he also collaborated on a limited edition called Kiskatinaw Songs. He moved to Topsail, Newfoundland, partly attracted by its Irish roots and oral culture, but later returned to B.C. His Irish stories appeared in 1983 as Through the Eyes of a Cat, following a first collection, White Lies and Other Fictions. His complex and ambitious first novel is Selakhi.