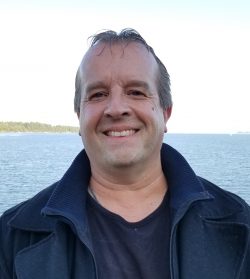 Virtanen previously worked for the Ladysmith-Chemainus Chronicle, and was also a former monthly columnist for Take 5 magazine. He also wrote for the bi-monthly Synergy magazine under the pseudonym Humanity Man. He's been published in various other anthologies, newspapers, and magazines such as Pets Across Canada, The Vancouver Province, The Vancouver Sun, The Nanaimo Daily News, The Pictorial, and Mid-Island Monthly Magazine.

He lives in Ladysmith, B.C., with his wife and daughter.