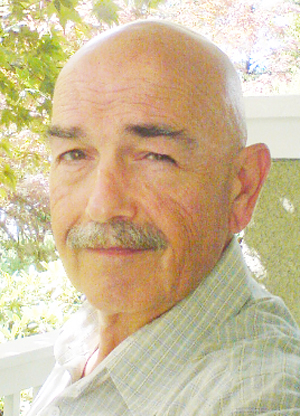 
Robin Ward was born in Glasgow in 1950, studied graphic design at the Glasgow School of Art, drew and wrote about Victorian buildings for the Glasgow Herald, and published three books on the buildings of Glasgow and Edinburgh. In 1988, after working for the BBC in London, he and his wife settled in Vancouver which he first visited in 1972.

For over ten years, he contributed a weekly column to the Vancouver Sun, for which he was architecture critic, and worked as an artist, writer, photographer and book designer.

Ward has been author and illustrator for numerous important books about Vancouver, as well as co-author and photographer of Exploring Vancouver. He has won two City of Vancouver Heritage Awards and a Heritage Canada Achievement Award. Exploring Vancouver was reissued in 2012 and shortlisted for the Bill Duthie Booksellers' Choice Award presented to the originating publisher and author(s) of the best book in terms of public appeal, initiative, design, production and content. It was also nominated for the City of Vancouver Book Award when it was reissued.

Review of the author's work by BC Studies:
Echoes of Empire: Victoria and Its Remarkable Buildings