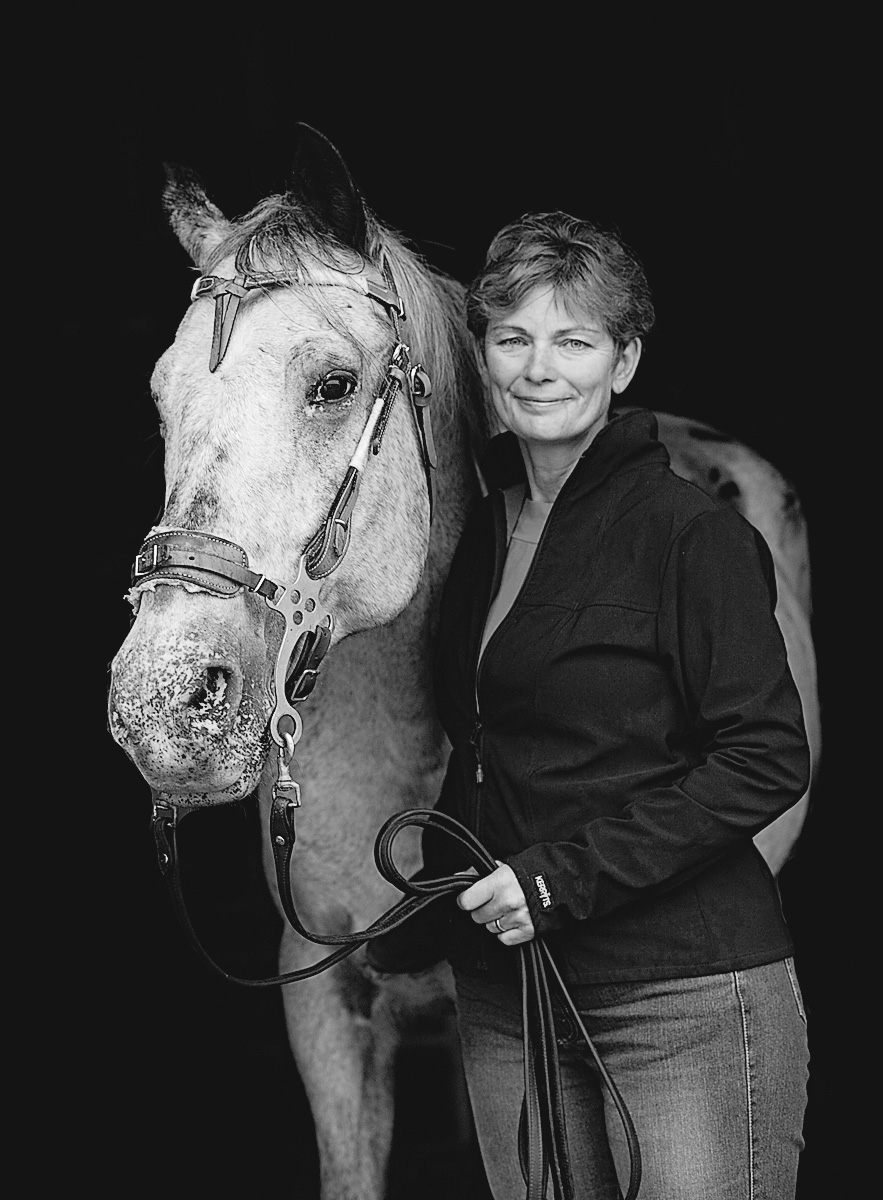 For 15 days in 1998, the Silver Creek Forest Fire caused havoc over a 60 square kilometre area, resulting in the evacuation of 7,500 residents from Salmon Arm. The Silver Creek area was again threatened by a major fire in 2003. "As the librarian of this tiny community,"; Julie White told the Salmon Arm Observer, "I heard many tales of acts of bravery, big and little, during these two disasters."; Her novel Riding Through Fire is directly inspired by the stories of "everyday heroes" she heard at the Silver Creek Library.

From afar, it might look like a horse race, of sorts. Nikki Tate of Saanich set the pace. Between 1997 and 2002, she published seven novels in her Stablemates series, aimed at teenage girls who want to read about girls and horses.

Equestrian-minded Julie White of Armstrong has been catching up fast. In 2015, she released her fourth girl-meets-horse novel for slightly younger readers, aged 8-12.

But it's not really much of a competition. Tate is a huge fan. "When it comes to writing about horses-and horse racing," Tate wrote, "Julie White is the real deal." She praised White's Under the Wire as a compelling coming-of-age story "with a delicious equine focus. Fabulous!";

White first wrote about horses as a girl in Vancouver after her parents told her she couldn't keep a pony in their back yard.

Now she lives on Long Road Farm, in Armstrong, with her husband Rob White, a former jockey. The couple breed, foal out, train, break, condition and race horses with her daughters Sorrel and Alix Schoenberger, who compete internationally.

The appeal of White's writing is largely derived from her sophisticated knowledge of riding. On almost every page it's abundantly clear she really knows horses. The 'personalities' of the horses make them into dual protagonists with the two-legged heroines who take tumbles.

In Julie White's first book The Secret Pony (Sono Nis 2004), young Kirsty empties her piggy bank to buy Lancelot--a skinny, half-trained pony--and makes herself useful at the pony farm to pay for his board and to earn riding lessons. Only problem is Kirsty doesn't tell her parents. When a riding accident puts Kirsty in the hospital, Kirsty is told Lancelot must go.

As a follow-up, White fashioned another horse-driven tale of divided loyalties and complicated friendships, High Fences (Sono Nis 2007). After Faye agrees to sell her beloved horse Robin to help save the family farm, Faye refuses to tell its new owner, the pretty and pampered Nicole, the secret to making Robin jump.

Under the Wire mirrors the experiences of her husband, Rob, who decided from a young age that he wanted to be involved in thoroughbred horse racing. Her follow-up Riding through Fire was directly inspired by the evacuation of animals in the Silver Creek fires in 1998 and 2003.

White continued her Hillcroft Farm series with her fifth novel, The Lost Diary (Sono Nis $9.95), an audacious leap back in time to 1955.

While she is recovering from a riding accident, Faye finds an old diary at a craft sale. It once belonged to a promising show jumper, Mary Inglis, similar in age. To take her mind off the trauma of her accident, Faye-and the reader-enter the world of the diary.

Colleen and Mary are inseparable.

Mary's willingness to show off Colleen's remarkable jumping prowess leads to an unexpected challenge. The new ranch manager and his wife, both of whom are experienced in competitive jumping, decide Colleen should compete with them at the PNE in Vancouver.

Mary is perplexed. It's her horse, nobody else's. And she has never been to the big city. Her Dad doesn't dissuade them. He thinks it could be good for her. "I'm going to have to do this. I sure don't want to,"; she writes in the diary. "Just thinking about it makes my stomach hurt. But I know Dad wants me to and I'm not going to let him down.";

She out-jumps Mr. Zelinski, the new ranch manager, at the PNE. It's a thrilling triumph. She and Colleen are perfect, the only pair not to miss a single jump. Nobody can ride Colleen like Mary. She wins against experienced riders twice her age in the first jumping competition that she and her high-spirited horse have ever entered.

The trouble starts when the ranch manager's wife surmises there must be some thoroughbred in Colleen. Where did her father really get the horse? When the new owner of the ranch starts asking the same question, Mary's father is forced to give back Colleen to the ranch owner.

Everyone knows Colleen trusts Mary more than any other rider. But even if Mary still owned the horse, she couldn't enter the Olympics with Colleen. She would have to be eighteen, for one thing. Also, four years earlier, in 1951, powers that be decided high-risk horse jumping at the Olympics was too dangerous for women.

Mary and her brother accompany Colleen to the CNE in Toronto where there's an exciting finale. But it's White's surprise melding of Faye's contemporary story with the life of Mary Inglis that makes The Lost Diary particularly satisfying and memorable.
A heroine who rides bareback is not far removed from Julie White's own story. She got her first horse, Roger, a chestnut with four white socks, at age twelve when she moved to the Vernon area with her parents. "It was a dream come true,"; she told the Vernon Morning Star. "We lived in Coldstream and I got to know other kids who had horses and learned to ride.

White's fond memories of the Vernon and District Riding Club have served as grist for Mary Inglis' story. For many years White enjoyed working at the local Silver Creek Library, where some of the patrons arrive on horseback, switching to a job at the Armstrong Library in 2015.

White also likes to participate in school and library tours as an author, talking to her readers.

"What I would say to writers, is to stay true to your dream. Practise like an athlete. Get feedback and think about it if it applies. Constantly work on your skills and don't take rejection personally,"; she says.

"Nothing can replace desire, in riding, in writing, in life.";

[PHOTO: Julie White with Keno. In 2015, she wrote, "We took a gamble and bought him at our local livestock auction. Except for a thereabouts age of seven, nothing was known of his history. He's now 25 and pretty much retired to pasture after a long and useful career that spanned the horse show ring to the racetrack where he ponied our racehorses to the starting gate."]