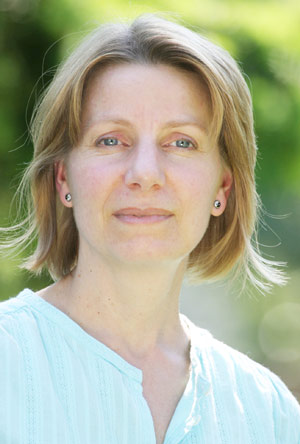 
Vanessa Winn's non-fiction has appeared in Monday Magazine and her poetry has been published in Quill's Canadian Poetry Magazine and Island Writer Magazine. She has a Bachelor of Arts with a major in English from the University of Victoria. Vanessa also teaches Argentine tango. Born in England, Vanessa now lives in Victoria, BC, with her two daughters. The Chief Factor's Daughter (TouchWood 2009) is her first novel.

Winn's second novel, Trappings (Oakheart Press 2020), based on real people and events, is a story of first love and second chances in a time when women were only given one chance. Born to the Western fur trade and married at 18, Kate Work knows little of her husband's family in Nova Scotia or the reasons they fled its ruling elite. Haunted by a grandmother she barely knew, her own heritage lies hidden in the shadows of the Rocky Mountains. Amid a web of disasters, she is caught in the boom-and-bust town of Victoria during its power struggle in colonial British Columbia. Kate must face the laws and ambitions of men to protect her only legacy -- her daughter.

Review of the author's work by BC Studies:
The Chief Factor's Daughter


In the Hudson's Bay Company fur-trade monopoly, the title of chief factor was the highest rank given to commissioned officers, who were responsible for a major trading post and its surrounding district. Colonial Victoria in 1858 is an unruly mix of rowdy gold seekers and hustling immigrants caught in the upheaval of the fur trade giving way to the gold rush. Chief Factor John Work, an elite of the Hudson's Bay Company fur trade and husband to a country-born wife, forbids his daughters to go into the formerly quiet Fort Victoria, to protect them from its burgeoning transient population. Margaret, the eldest daughter, chafes at her father's restrictions and worries that, at 23, she is fated to be a spinster. Born of a British father and Métis mother, Margaret and her sisters belong to the upper class of the fur-trade community, though they become targets of snobbery and racism from the new settlers. But dashing naval officers and Royal Engineers still host parties and balls, and Margaret and her sisters attend, dressed in the fashionable gowns they order from England. As happens the world over, these cultural tensions lead to love and romance. An elegant recreation of real events and people, The Chief Factor's Daughter takes readers inside a now-vanished society, just as Pride and Prejudice does. Margaret Work, with her aspirations, hopes and dreams, is a recognizable and thoroughly appealing heroine. Vanessa Winn's non-fiction has appeared in Monday Magazine and her poetry has been published in Quill's Canadian Poetry Magazine and Island Writer Magazine. She has a Bachelor of Arts with a major in English from the University of Victoria. Beyond her love of the written word, Vanessa finds inspiration in music and dance and currently teaches Argentine tango. Born in England, Vanessa now lives in Victoria, BC, with her two daughters. The Chief Factor's Daughter is her first novel.


The elegant declarative sentence with which Vanessa Winn begins her first novel about pre-colonial British Columbia, The Chief Factor's Daughter (Touchwood $19.95), recalls the familiar opening of a novel by Jane Austen:

The Fraser Gold Rush breathed the air of possibility into the village of Victoria, and while the men prospected for gold and speculated on land, the women speculated on prospects of another kind.

As with Austen's unmarried heroine Elizabeth Bennett in Pride & Prejudice, Winn's heroine Margaret Work numbers among her sisters one close confidante near to herself in age, and one tiresome, flirtatious, younger one.

Historical figures and events are present-the Pig War on San Juan Island, the conflicts in the church (the bitter rivalry between Bishop Hills and Reverend Edward Cridge), and the influx of gold miners from California-but these form a backdrop to the matrimonial prospects of three daughters of marriageable age among the five still at home.

It amounts to a well-researched story that traces a pattern of pride and prejudice. Some of the prejudice is that of Lieutenant Charles Wilson, a supercilious British officer of the Royal Engineers who is one of seven Boundary Commission officers who arrived at the Colony of Vancouver Island to map the shifting boundaries between British and American territories.

Winn's account covers two momentous years at the end of the sixth decade of the nineteenth century, and their effect on the life of the oldest unmarried Work daughter, Margaret. At the advanced age of 24 she is in danger of becoming a spinster which held the risk of poverty as well as the humiliation of entering drawing rooms behind younger sisters whose married status gives them precedence over her.

Lieutenant Wilson eagerly claims the allotted three dances (the number is rationed) on Margaret's card at a ball on board H.M.S. Plumper, moored in Esquimalt harbour. While her sisters observe with envy his intent gaze at Margaret's face during the dances, she
suspects that it is not admiration so much as a curiosity about her mixed racial back ground that makes him stare at her forehead.

Her suspicions are confirmed later when she overhears him wondering aloud if the daughters of Governor Douglas have had their heads flattened. The governor's wife was in fact half Cree and Margaret's mother was referred to as having 'Spokane' blood. But Margaret is shocked to hear Lieutenant Wilson refer to the local women as half-breeds and as "les belles sauvages."; Her immediate reaction is that she would rather be considered ugly and civilized than beautiful and savage. Then she realizes that a rival local family with marriageable daughters (probably the Langfords) has tried to turn Lieutenant Wilson against her with rumours of Flathead blood.

There is vast scope for misunderstanding between the officers and the colonists. When the Work girls generously donate the fashionable hoops that have arrived on a recent boat to poor girls who have none, their own dresses hang down awkwardly. Lieutenant Wilson concludes that the "half-breeds"; are ignorant of current fashion and incapable of dressing elegantly. Yet with familiarity, his prejudice evaporates. He is awed by Margaret's riding skills, much superior to his own, and he relishes the lavish hospitality of Hillside and becomes a regular guest.

Margaret's marital prospects are not easily resolved. The officers' furloughs, postings to distant parts of the province, and returns to England are not conducive to stable relationships. Moreover, a wife of mixed race from the colonies is a liability for those returning permanently to England. The Work sister who goes to England writes of feeling alien and homesick. Nor is Margaret herself willing to settle for a supercilious Englishman or a boring widower in search of a mother for his brood.

With its wealth of domestic details, the book conveys a vivid sense of the flavour of the times-the muddy roads, the encampments of natives and gold-seekers, the rivalries between the first families, the modes of transportation, and the social events. With its graceful style and appealing characters, it provides a great introduction to an historical study of British Columbia for readers of all ages, and should be a popular addition to every school library.

Winn prefaces each of her thirty chapters with a paragraph from a historical document-a diary or a letter-and shapes the subsequent chapter as a fictional gloss on the extract. In it, she fleshes out the characters of those mentioned and dramatizes the exchanges between them. Thus she deftly weaves together history and fiction to form an informative and engrossing story. An epilogue gives an account of the subsequent fortunes-births, deaths, tragedies-of the Work family and the division of the Hillside property.
978-1894898935

SIDEBAR:
Anyone familiar with Victoria's streets will recognize names of characters in Vanessa Winn's The Chief Factor's Daughter-such as Douglas, Dallas, Begbie, Helmcken, Tolmie, Finlayson. and Wark, although it is unclear whether Wark Street was actually named after John Work.

Born as John Wark near Derry, Ireland in 1792, he joined the Hudson's Bay Company in 1814 and reached the Pacific Northwest in 1823. He explored the lower Fraser River in 1824 as a clerk for James McMillan, keeping the expedition's journal, then oversaw construction of Fort Colville where he served as a clerk (1826-1830).

Having managed the HBC's most northerly post in New Caledonia, at Fort Simpson (1835-1852), Work later moved to a farm in Hillside, now part of Victoria, and served on the Legislative Council of Vancouver Island.

Remarkable for his endurance, Work survived a near-fatal attack by a bull, contracted malaria, had recurring eye troubles, inflamed tonsils ("quinsy";) and a near-fatal fall from a tree that tore open his stomach and spilled some of his intestines. Work put his guts back into place and overcame the injury.
Work remained on the Board of Management for the HBC at Fort Victoria, co-signing an important letter dated November 24, 1858, that first listed the HBC's land claims in B.C.

True to his name, John Work was a stalwart employee of the Hudson's Bay Company until the day he died in December of 1861.