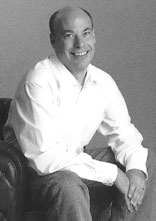 He wrote and edited The Royal City: A Photographic History of New Westminster, 1858-1960 (Heritage House, 2005), showcasing the work of pioneer photographer Frances George Claudet, born in London in 1837, son of eminent photographer Antoine Claudet, as well as F. Dally, filmmaker Hugh Norman Lidster, art photographers John Vanderpant and Horace G. Cox, P.I. Okamura, Stephen Joseph Thompson, David Roby Judkins and others. It includes the most famous photo taken in New Westminster, popularly known as "Wait for me, Daddy," by Claude P. Detloff, showing a small boy running to touch hands with his father as he departs for war in a column of soldiers in the B.C. Regiment DCOR marching down Eighth Street at Columbia on October 1, 1940. After it was printed in The Province, Life Magazine selected the image as its "Picture of the Week." Later it was chosen as the best picture of the year by the press of North America. Wolf's appendix provides a comprehensive list of New Westminster Photography Studios from 1858 to 1960 derived from the camera workers website of David Mattison, who is credited for his assistance, along with former New Westminster chief librarian Alan Woodland and reference librarian Joss Halverson.

Wolf, Jim & Harry Price. In the Shadow by the Sea: Recollections of Burnaby's Barnet Village (City of Burnaby, 2004).

A New Westminster Album (Dundurn $29.99) by Gavin Hainsworth and Katherine Freund-Hainsworth has a broader, folksy mandate.

But both books include the famous "Wait For Me, Daddy"; photograph taken on Eighth Street by Daily Province photographer Claude Dettloff-the one with five-year-old Warren Bernard reaching for his father's hand, running alongside a long column of soldiers, as his father, in uniform, reaches back.

Selected by Life magazine as "Picture of the Week"; in 1940, this iconic image ranks with the explosion of Ripple Rock, Malcolm Lowry with his gin bottle and Bannister/Landy's Miracle Mile as one the most-seen photos from B.C. But that's where similarities between the two volumes end.

Of these men, Paul Louis Okamura, originally named Tsunenojo Oyama, has perhaps the most remarkable storyline. Born in Tokyo in 1865, he was the second son of the last samurai in the Emperor's court. To avoid conscription, he was adopted into the Okamura family.

At age 26 he came to New Westminster and met Oblate Augustine Dontenwill who employed him as a Professor of Drawing for his St. Louis College and also St. Ann's Academy. Oyama converted to Catholicism and supplemented his income by drawing oil and crayon portraits based on photographs. He opened his first photography studio from his home on Royal Avenue in 1902 and remained working as a photographer until his death at age 72 in New Westminster.