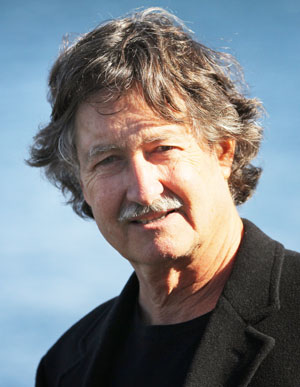 DIRECTIONS: Take the main road from Freetown, through Hastings, through the market town of Moyamba Junction to Bo--a dusty place with diamond merchants and traders of everything description. Bo prides itself as the only major town in Sierra Leone that did not fall to the rebels during the ten-year civil war that ended in 2002. An alternative route, which Wuitchik has taken a few times, is the 'back road' along the seacoast south of Freetown. Again, the destination is the main town of Bo.

"I usually overnight in Bo," Wuitchik says. "From there on the journey south is along bumpy tracks past abandoned diamond mines-water-filled holes that pock-mark the landscape. The village to watch for is Koribundo. Here you'll turn off the road and follow a dirt track. The last time I did this, in the rainy season, the trip from Koribundo to Sumbuya took three-to-four hours."

Long stretches of green interior landscape are made interesting by hunters selling bush meat along the side of the road. As the protagonist in Michael Wuitchik's debut novel makes this journey, "The road is little more than twin ruts of red clay winding around ponds choked with lilies and rice. The jungle is a thick wall of green, cut occasionally by narrow footpaths that disappear within feet of the track."

There are no other vehicles for hours. Along the way the vehicle will cross bridges that are little more than "four logs set together like chopsticks over a slow moving stream." The monotony will be broken by scenes of "women and girls, stripped to their panties [as they] ...stand about in the brackish water, beating laundry, hanging clothes on nearby bushes, or just splashing about."

Eventually the track from Koribundo reaches the final village of Sumbuya, the place on which Wuitchik has roughly based his fictional village of 'Liliema' (Peaceful Place, in the Mende dialect) in the novel. Because it's so remote, at the end of the road, it was one of the few villages in Sierra Leone to have been unaffected by the ebola virus.

Arising from the brutality and devastation wrought the civil war in Sierra Leone during the late 1990s, when thousands of people had their limbs severed, Michael Wuitchik's My Heart Is Not My Own follows the quest of Dr. John Rourke, who served as a "cowboy doctor" during the bloody upheaval, to learn the fate or whereabouts of two people he had worked with ten years earlier: a sophisticated, local doctor named Momodu who hurriedly gave him a tribal mask for safekeeping, and a beautiful Sierra Leonean nurse/midwife with whom he once made love. Rourke is haunted by his memory of the last time he saw Mariama, at the height of the upheaval, when she insisted he help her deliver a baby girl from the belly of a tortured, mutilated mother just before armed rebels were about to overrun the main hospital.

In Vancouver, happily married and about to become a father for the first time, Rourke receives several ominous phone messages regarding Dr. Momodu's sacred, tribal mask as well a mystifying, mail delivery of Mariama's diary that describes her horrendous experiences as a rape victim and captive nurse among a vicious troupe of crazed rebels.

Rourke's new wife tell him he must place the past behind him for the sake of their marriage; and so she encourages him to follow his instincts and return to Sierra Leone to learn what happened to Momodu and Mariama.

Secretly carrying the tribal mask given to him by Momodu, Rourke returns to the capital, Freetown, where he hires a one-armed driver with a beat-up Mercedes for a journey into the hinterlands. The reader is simultaneously made privy to horrific events Mariama has recorded during her servitude in a brutal world of drug-crazed child soldiers, gang rape victims, bush-wives and African secret societies. During her trek, Mariama steadfastly carries the newborn baby that she and Rourke delivered from its dying mother in the hospital corridor.

After he learns Momodu was burned to death, Rourke reaches the town of Bo knowing they are being followed.

Having served as the prototype for his fictional protagonist, Wuitchik now spearheads a variety of foreign aid projects to benefit his adopted village of Sumbuya such as the funding of a library, the rebuilding of a school, scholarships for the poorest girls and boys in the community, bursaries for girls and the provision of solar lights.

Michael Wuitchik of Victoria attended the University of British Columbia, Guelph University and the University of Calgary. He has primarily worked as a psychologist, helping persons with chronic pain and disabilities. He founded the Canmore and Vancouver Pain Clinics and co-founded OrionHealth.