Formerly an Assistant Director of Research for the Truth and Reconciliation Commission of Canada, Dr. Gregory George Younging, a publisher of Theytus Books and a professor of Indigenous Studies at the UBC Okanagan campus, died at the Penticton Hospital on May 3, 2019. He was born on March 18, 1961.

Long associated with Theytus Books and the En'owkin Centre in Penticton as an administrator and editor (from 1990 to 2004), Greg Younging (formerly Young-Ing) was a member of the Opsakwayak Cree Nation in Northern Manitoba. He was replaced at Theytus Books in 2004 by Anita Large after he left to pursue higher education. Younging eventually resumed his position as the director/publisher of Theytus Books in 2016.

In 2018, the Association of Book Publishers of British Columbia recognized his advocacy for Indigenous editorial agency in Canadian publishing by conferring its annual Gray Campbell Distinguished Service Award.

"He was generous with his time and knowledge, and contributed to the community in so many different ways," said Heidi Waechtler, Executive Director of the Association of Book Publishers of BC. "It's difficult to articulate what a huge loss this is for all of us."

Greg Younging obtained a Master of Arts degree in Northern and Native Studies from the Institute of Canadian Studies at Carleton University and a Masters of Publishing degree from the Canadian Centre for Studies in Writing & Publishing at Simon Fraser University. Greg Younging gained his Ph.D. from The Department of Educational Studies at University Of British Columbia where he worked on the faculty of the Indigenous Studies Program at University of British Columbia.

Greg Younging served as Chair of the Indigenous Peoples Caucus of Creator's Rights Alliance and variously contributed to The Royal Commission On Aboriginal Peoples, Assembly Of First Nations and Committee Of Inquiry Into Indian Education. As well, he was a member of the Canada Council Aboriginal Peoples Committee on the Arts (June 1997-June 2001) and the British Columbia Arts Council (July 1999-July 2001).

In his poetry collection The Random Flow of Blood and Flowers (1996), he wrote about Metis status, racism, exploitation and colonialism. 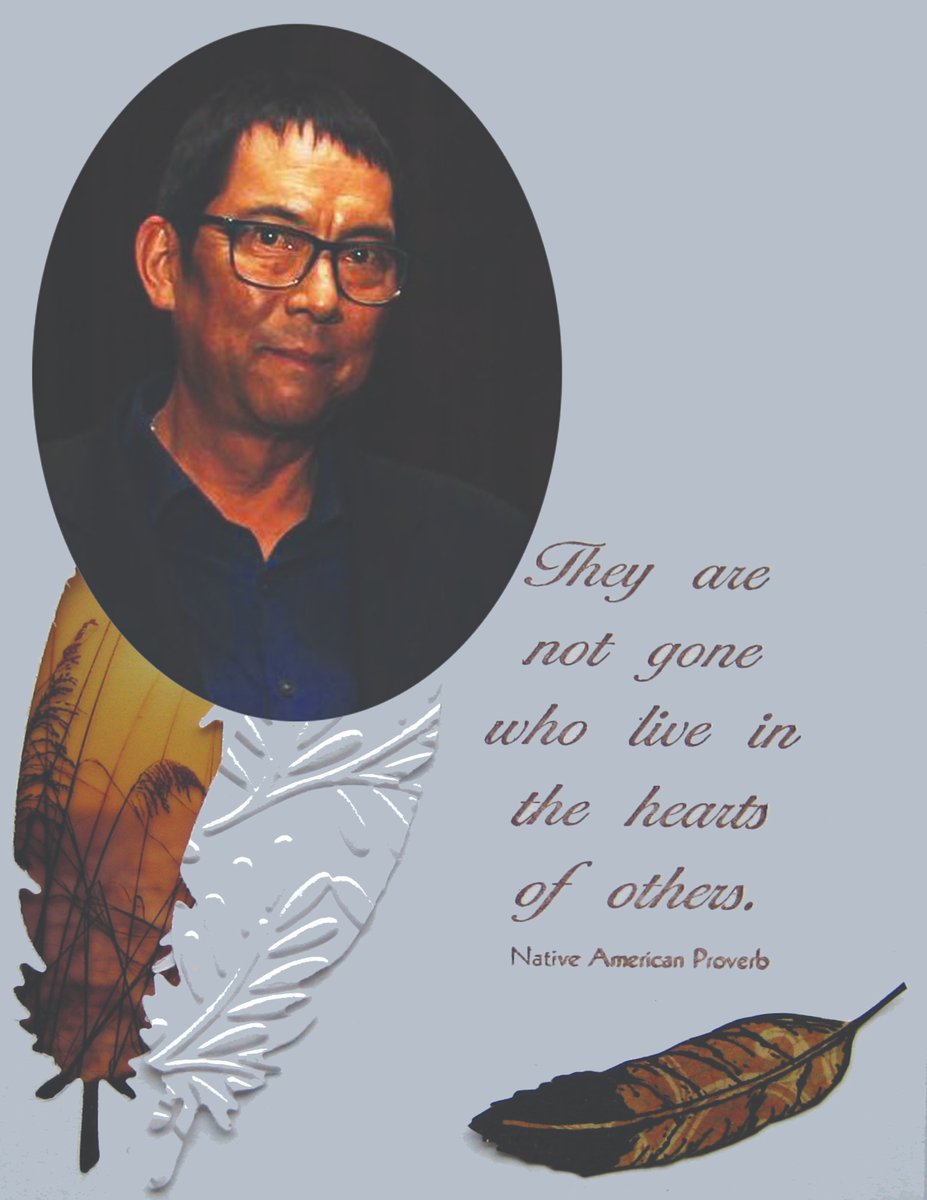 Greg Younging is survived by his parents, George and Rosalyn Ing, daughters Nimkish and Aisha, brother Ted, and many aunts, uncles, cousins, nieces, and nephews. A funeral on May 7, 2019, at St. Saviour's Anglican Church, at 150 Orchard Street, in Penticton, was followed by a community feast and ceremony at Enowkin Centre, 154 Enowkin Trail, Penticton.

Young-Ing, Greg. The Random Flow of Blood and Flowers (Ekstasis, 1996).

EULOGY BY GREG'S BROTHER TED at St. Saviour's Church during a service that combined elements of an Anglican service with traditions from Greg Younging's Cree and Chinese heritage: My older brother Greg was a superhero. He had two Master’s degrees and a PhD. He released an album with Chuck D from Public Enemy. He has awards to many to mention. He ran triathlons. He was a UBC professor. He was a UN delegate, delegate to the Assembly of First Nations, the Canada Council and the Arts Council. He raised two wonderful daughters. He could eat his way through an entire twelve-course Chinese banquet. I always thought of him as invincible. Greg is child of many traditions. Our father’s family is Chinese, our mother’s family is Cree. Our dad was a military man, and Greg was raised in Europe. He never really connected with his heritage as a boy, so when he started university at Carlton I think he found a great solace in meeting other Indigenous friends and finally feeling a part of something – the traditions of our people. As a boy, he was used to the military cycle of postings and moving every four years. He continued this nomadic path into his adulthood, until he moved here to Penticton. The Syilx Nation welcomed him when he moved here and he found a deep, deep connection to this land and to the people. We thank you all for that, he found a home here. Greg did everything with a passion. Greg loved music. He passed that love on to those around him. I was the only 11 year old who was into the Pogues. He loved music, but he hated singing. He had a terrible voice (sorry Greg). He was embarrassing at karaoke. When we got dragged to Church, he used to stand during hymns and stare blankly ahead, not really getting the lyrics – sort of like what you’ve all just done (nb: we had just finished singing a Cree hymn ). But at home there was always music playing, always a soundtrack to life. Greg loved his work. He did important work, work that touched people and changed lives. We believe that when a spirit crosses over, the spirit shows their lifework to their ancestors and clan. These books represent his lifework, but so do all of you, all of us. He fought tirelessly to raise our people up, and this room is a testament to the many lives he touched. We all share a debt of gratitude. Greg helped created a new canon of Indigenous literature. Theytus was the first Native owned publishers in Canada. At the beginning, Greg and Jeannette used to set up their little card table at Aboriginal conferences. They would try and sell their books to half-interested delegates, and at the time that folding table was the entirety of the Native Publishing Industry. Greg worked hard. Always. Last Christmas our entire family (Greg, my mum, dad, Nimkish, Aisha, my husband Sascha and me) went to Hawaii. If you’ve ever been, you know Hawaii is a paradise, but term had just finished, and Greg had papers to mark. He spent the first four days in paradise sitting in a dark room, marking papers. But that was Greg. He had a sense of duty. Work came first. If there was work that had to be done, Greg would do it. And do it well. Greg’s life changed when he agreed to work with the Truth and Reconciliation Commission. He gave years of his life to documenting the history and effects of the Indian Residential Schools system in Canada. Terrible work, but work that had to be done. Greg was horrified by the stories that came out. Traumatised by them. Stories of what happened to strangers he never knew. Stories of what happened to the family that raised him. The blood memory. He finished the work, out of his sense of duty, but he carried the burden of this blood memory and this trauma for the rest of his life. Greg got me drunk the first time. I was seven, we were living in Ottawa and mum and dad were away. Him and his friends were drinking beers at home. They gave me a few sips. I remember the hallway walls moving in weird ways, and then throwing up on the carpet in front of my parent’s bedroom. Greg always liked a glass of wine, but in the end, Greg used wine to calm his demons, to ease his burden. Greg found release from his demons on Friday. In our tradition, we believe that Greg’s spirit has been on a four-day journey back to the Creator. As a family, we lit a sacred fire that has been burning for these four days. We prepared a pouch containing supplies and food for his journey. A lot of food, you know how much he loved to eat. On the first night, he travelled to the Sky World. He rested, lit a fire and ate a meal. On the second night, he travelled to the Star World. That night, we watched from his balcony as the night sky lit up and danced with his energy. The third night, he travelled to the place where the waters are. There, our ancestors met him and greeted him and showed him how to cross the waters. On the final night – last night – the ancestors took him into the dark. They had to leave him, this part of the journey he had to take on his own. Alone, he followed the light through the Dark World, and made his final crossing over into the light and into the love. We believe that a human is composed of two parts: the body which belongs to the Earth and is bound to the Earth and goes back to the Earth. And the spirit which belongs to the Universe and which is connected to everything and everyone and which goes back to everything.

The Association of Book Publishers of British Columbia (ABPBC), in partnership with the Publishing Program at Simon Fraser University, is pleased to announce the launch of the Greg Younging Undergraduate Award in Publishing Studies, which will help support the training of emerging Indigenous publishers in Canada.

The award was established in memory of Dr. Gregory Younging (1961–2019), publisher at Theytus Books and a member of the ABPBC board of directors at the time of his death. Greg graduated from the SFU Master of Publishing Program in 2000 and later taught as adjunct faculty.

A member of Opaskwayak Cree Nation in northern Manitoba, Greg was Assistant Director of Research for the Truth and Reconciliation Commission, and led the Canadian publishing industry in responding to their calls to action, advocating for Indigenous editorial agency and serving as a trusted resource for publishers of Indigenous texts. He was the author of The Elements of Indigenous Style: A Guide for Writing by and about Indigenous Peoples (2018), now considered an indispensable resource for North American publishers. The ABPBC honoured him in 2018 with the Gray Campbell Award Distinguished Service Award, in recognition of his work as an advocate for Indigenizing Canadian publishing.

At least one award, valued at a minimum of $1,000, will be granted annually in any term to an undergraduate student who meets the following criteria:

“We appreciate the support of Greg’s family for this initiative, in particular his parents, George Ing and his mother, the late Dr. Rosalyn Ing,” said Heidi Waechtler, executive director of the Association of Book Publishers of British Columbia. “We are proud to be able to recognize Greg’s life and legacy in this way, and to help carry on the work he did to support emerging publishing professionals.”

Suzanne Norman, lecturer and industry liaison for the Publishing Program at SFU, commented, “Greg’s contribution to publishing education and his work around Indigenous editorial protocols, have been pivotal in establishing a larger space for Indigenous writers, designers, publishers, and editors in Canada. He would be so proud of this new scholarship. His work with SFU may have begun in 1997, but his contributions continue and his work will always play a large role in the future of the SFU Publishing Program.”

Additional donations to the Greg Younging Undergraduate Award in Publishing at SFU can be made through Simon Fraser University’s Advancement Department.