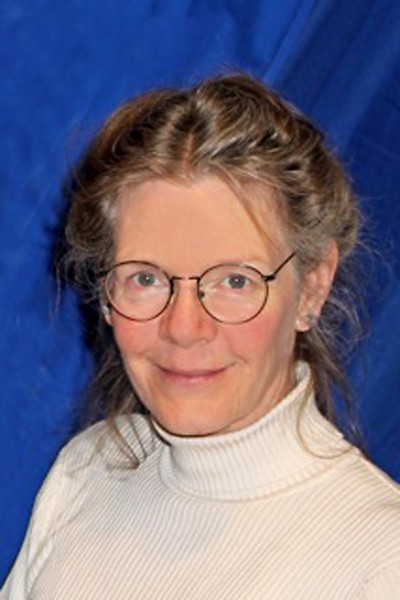 
Jan Zwicky grew up on the prairies. She has lived in Edmonton, Fredericton, Vancouver Island and Quadra Island. She teaches philosophy at a number of North American Institutions. She received the Governor General's Award for Poetry in 1999 for Songs For Relinquishing The Earth (the first edition of which she had printed and bound herself). Wisdom & Metaphor is a philosophical work that explores the ways we come to understand the world through metaphor. The title poem of Robinson's Crossing visits the rail end in northern Alberta at the Pembina River where European migrants had to cross and proceed on foot or by wagon. In 2004 Zwicky was nominated for Governor General's Awards in both poetry and non-fiction for Robinson's Crossing and Wisdom & Metaphor respectively. In 2005 she received the Dorothy Livesay Prize for Robinson's Crossing. Her sixth collection of poems, Thirty-seven Small Songs & Thirteen Silences (2005), is another amalgam of poetry and philosophy, this one derived from her attempts to develop a definition and working examples of the word "lyric."; The songs in this collection are odes, addresses and apostrophes, to household fixtures, human emotions, shades of light, seasons, stretches of land, departures, sounds and solitude. The volume ostensibly "proves to the senses what lies within the parameters set by her prose."

Philosophy is once more the catalyst for Jan Zwicky in Plato as Artist (Gaspereau $25.95), her study of Plato's dialogue Meno concerned with the nature of human excellence. "Set during the decline of the Athenian empire, in a society obsessed with fame rather than morality, Meno's questions are both urgent and contemporary." Zwicky reveals how Plato's focus on character, emotion, and psychological plot is central to the work's philosophical mission, and she suggests a mystical dimension to Plato's thinking that connects mathematics and morality.

Forge, was shortlisted for the Griffin Poetry Prize in 2012. Lyric Philosophy was released in 2012 in a revised second edition by Gaspereau Press. Zwicky's first book of fiction, The Book of Frog (Pedlar $20) was published in 2012.

Vittoria Colonna (The Porcupine's Quill $16.95) was released in 2014. It's a collection of ten Renaissance Italian poems, complemented by contemporary English versions and black and white photographs. Vittoria Colonna was the first woman to achieve wide recognition as a poet in Renaissance Italy. Her spiritual but also ardent classical verses find a fitting home amid Zwicky's lyrical versions, and both are highlighted by a visual meditation on the Passion story.

References to the work of Robert Bringhurst are almost on par with the references to Plato in Jan Zwicky's confounding collection of essays in support of "lyric philosophy"; contained in Alkibidiades's Love: Essays in Philosophy (McGill-Queens $110 / $34.95). Alkibidiades was a central figure in Plato's Symposium who was frequently moved to tears by the revelations of philosophical dialogue. Zwicky seeks to re-invigorate modern philosophical discussion through the prism of music and metaphor. "What I wish to call to our collective attention is the consequence of requiring analytic structure for any claim or view that aspired to philosophic status.";

To kick-start the University of Regina's new venture called Oskana Poetry & Poetics, series editor Jan Zwicky released her own title, The Long Walk (URP 2016), further exploring how environmental awareness in the wake of colonial barbarism and ecocide can give rise to spiritual transformation. It's a follow-up to her collection, Songs for Relinquishing the Earth, recently cited by the Literary Review of Canada as one of four notable Canadian poetry books of the past 25 years.


"The shape of metaphorical thought,"; according to poet and philosopher Jan Zwicky, "is also the shape of wisdom."; She attempts to prove the point in Wisdom & Metaphor (Gaspereau $31.95), a follow-up to her Lyric Philosophy in 1992. Zwicky maintains that "what a human mind must do in order to comprehend a metaphor is a version of what it must do in order to be wise."; Gaspereau Press promotional material states, "Jan Zwicky's Wisdom and Metaphor is a different kind of book, one that proceeds not by single pages, but by 'openings'. On the left-hand side are Zwicky's own thoughts, which build around the central coupling of wisdom and metaphor, introducing the range of cultures and concepts that contribute to her thinking. On the right-hand side are selections from the work of fellow thinkers - poets, philosophers, mathematicians, essayists. The right and left halves of Zwicky's dialogue cohabit without becoming confused or entangled. The author's roving influences, together with her understated and largely spatial style of discourse, make this book truly thought-provoking." Wisdom and Metaphor won a first place 2003 Alcuin Award in the category of non-fiction titles. 1894031784